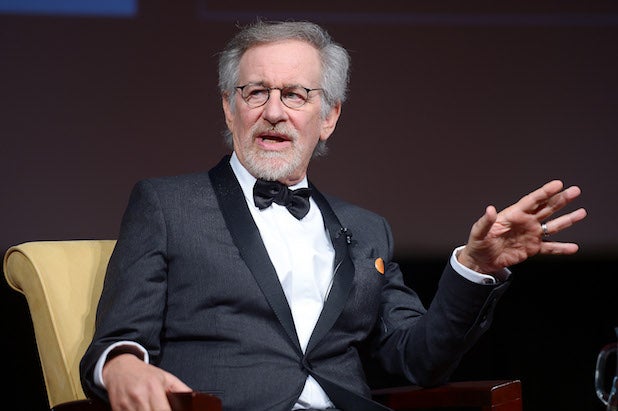 The “Jurassic World” team of director Colin Trevorrow and writer Derek Connolly have re-conceived their earlier script “The Ambassador” as a new project titled “Intelligent Life,” which has been acquired by DreamWorks, an individual familiar with the deal has told TheWrap.

“The Ambassador” followed a UN worker tasked to represent humankind if aliens ever made contact with Earthlings, who then falls in love with an otherworldly woman.

The latest incarnation of the project takes that kernel of an idea and expands upon it, so while “Intelligent Life” remains an ambitious sci-fi thriller, it is expected to require a larger budget than “The Ambassador.”

Frank Marshall is producing “Intelligent Life” with Trevorrow and Peter Saraf and Marc Turteltaub of Big Beach, which backed the director’s first feature “Safety Not Guaranteed.” Connolly will executive produce the movie, reuniting him and Trevorrow with Steven Spielberg, who serves as an executive producer on “Jurassic World,” which Universal opens on June 12.

“Intelligent Life” is also the first project DreamWorks has acquired since Michael Wright joined the company as CEO.

Trevorrow is represented by Verve, 3 Arts Entertainment and Ginsburg Daniels.