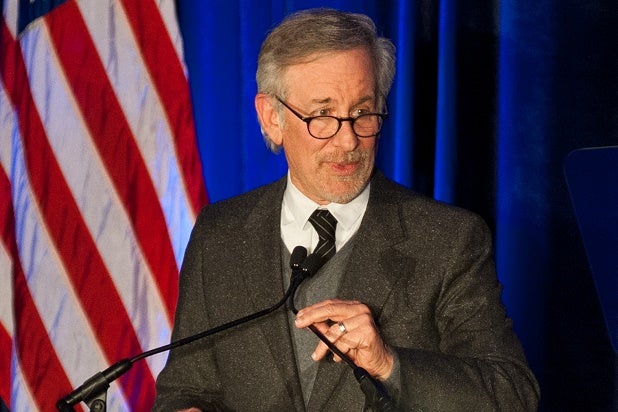 Steven Spielberg is set to direct the adaptation of Ernest Cline’s bestselling YA novel “Ready Player One,” an individual with knowledge of the project told TheWrap.

The film is expected to be Spielberg’s next after wrapping up “The BFG.” He is also producing the project for Warner Bros and Village Roadshow, along with Donald De Line, Dan Farah and Kristie Macosko Krieger.

The novel is set in a not-too-distant future where advanced Internet, gaming and virtual reality technologies have changed the world as we know it and led to the creation of the Oasis, a virtual reality universe that people live in and value more than the real world nearly everyone, including protagonist Wade, off on a series of challenges to win an invaluable prize.

The box office potential for the film, which already has a built-in audience thanks to the book, is already huge.

“This project has a ton of potential because the book reads like a movie,” said Phil Contrino, senior analyst at BoxOffice.com. “It’s a classic underdog story set against a sci-fi backdrop and comparisons to ‘Star Wars’ are not far-fetched at all. This could give birth to a new, lucrative franchise.”

Jesse Ehrman and Racheline Benveniste will oversee for the studio. The film brings Spielberg back to WB for the first time in 14 years, since 2001’s “A.I.”

“We are thrilled to welcome Steven back to Warner Bros,” said Greg Silverman, President, Creative Development and Worldwide Production. “We had an historic series of collaborations in the 80s and 90s and have wanted to bring him back for years. As for ‘Ready Player One,’ we have always felt that Steven was the dream director for this project.”