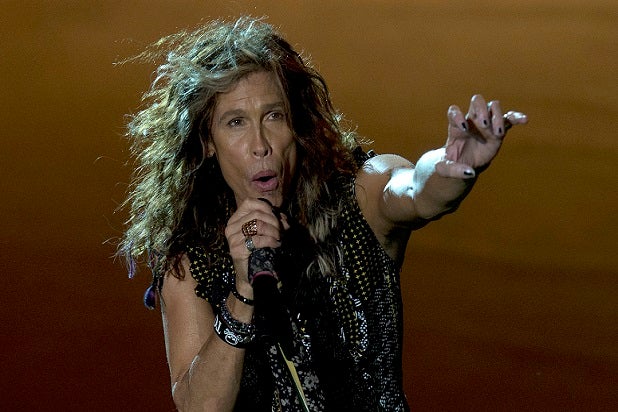 Steven Tyler, Sting, Ozzy Osbourne and Britney Spears have different music styles. But they are united in telling the U.S. Patent and Trade Office that artists, who write and make music, not copyright law, should determine who has rights to make remixes, samples and mashups that include their songs.

The Office questioned whether existing copyright law needed to be updated to reflect innovation in the digital economy in a task force report last year and asked for comments on a large number of different copyright issues, including the question of mashups.

Most of the comments had to be filed by Jan. 8, but artists groups got special permission to offer late comments and filed their letters this week.

In separate, but similar letters the artists urge the copyright office to reject any change in copyright law that could allow remixes to be made without an artist’s permission by simply paying a licensing fee. Tyler and music attorney Dina LaPolt have led some of the efforts. Letters were also filed in support of copyright stakeholder groups including the Copyright Alliance, ASCAP, BMI, the National Music Publishers Association, Writers Guild of America West and the Motion Pictures Association of America.

“As a songwriter and recording artist, I can tell you that approval over how my music is used is very important to me,” Don Henley said. “Every song I write is personal and has meaning to me. A sample or a remix takes a piece of art, cuts it up and then either reassembles it into something different or combines it with another person’s work.”

Henley said while he allows other people to record his songs, “allowing them to materially change my songs or recordings without my permission is going a step too far.”

Mick Fleetwood in his letter warned that changing the copyright law would have “a chilling effect on the creation of new music.”

“Why create something when ultimately, it could be legal for somebody else to destroy it?” he wrote. “Copyright exists to encourage artists to create — not dissuade them from doing so.”

Joe Walsh, going a step beyond some of the other letters, said he is very concerned about any change.

“It denies my rights under the Copyright Act to engage in fair market negotiation with respect to the exploitation of my work,” he wrote. “It strips me of my right to say, ‘No,’ and I fear it is a harbinger to the dissolution of copyright protection in the United States, rendering copyright an economic utility rather than a property right.”

LaPolt and her client Tyler in a separate letter called musicians’ right of approval of derivatives from their works “the most important right that an artist possesses.”

“If an artist does not want his or her music used in a certain way, no amount of money will change his or her mind,” LaPolt wrote.

She noted that artists are already frustrated about remixes that have been used to further political messages or candidates they don’t support and commercial messages they haven’t endorsed.

LaPolt concluded: “If recording artists or songwriters do not want their music associated with a cause, message or ideology, forcing them to allow these uses would be extremely unfair and potentially harmful to their brands and reputations.”