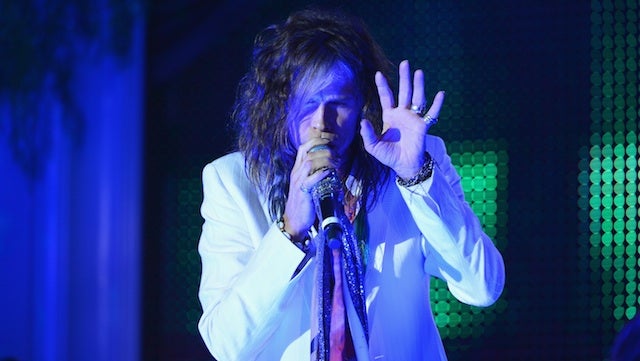 Aerosmith frontman Steven Tyler testified at a legislative hearing in Hawaii on Friday, lending his support to a bill bearing his name that would allow celebrities to collect damages from people who take offensive photos of them in private, the Associated Press reported.

It will be the first time Hawaii's lawmakers discuss the so-called Steven Tyler Act, introduced by state Sen. Kalani English of Maui, where Tyler owns a mansion.

“The paradise of Hawaii is a magnet for celebrities who just want a peaceful vacation,” Tyler said in a statement emailed to the AP. “As a person in the public eye, I know the paparazzi are there and we have to accept that. But when they intrude into our private space, disregard our safety and the safety of others, that crosses a serious line that shouldn’t be ignored.”

Mick Fleetwood also testified, the AP reported. Britney Spears and Avril Lavigne were among more than a dozen celebrities who submitted written testimony supporting the bill.

While English hopes the bill could attract more celebrities to the islands — providing an economic boost to the state — opponents say it limits First Amendment rights.

The American Civil Liberties Union has said lawmakers should support stronger enforcement of existing stalking laws rather than pass the new legislation. The proposal would open up photographers, videographers and distributors to civil suits.

It's unclear whether the bill would make public places, such as beaches, exempt, but it would punish those who take photos from boats.

Tyler has said paparazzi hide in the bushes outside his home to take candid photos of him inside the house.

But in an editorial headlined "Anti-paparazzi bill goes too far," the Honolulu Star Advertiser — Hawaii's leading newspaper — raised concerns that the bill could affect both journalists and ordinary people who accidentally snap a photo of a celebrity.

"It could also make lawbreakers out of anyone taking photographs in public places, be it an ordinary photojournalist or someone with a camera phone," the editorial said.

Updated at 3:35 p.m. PT with Steven Tyler's statement and information about other celebrities' testimonies.