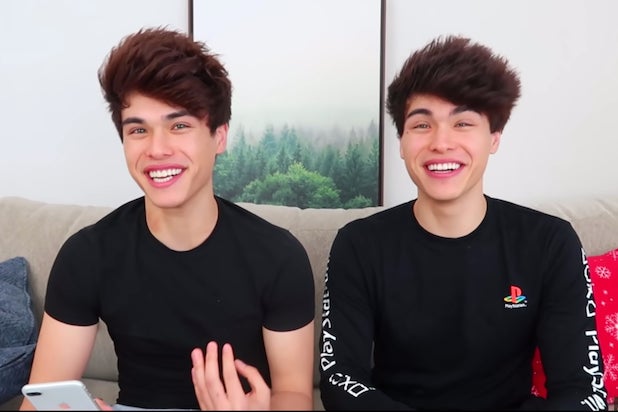 Alan and Alex Stokes, two brothers known on social media as the Stokes Twins, have each been charged on Wednesday with false imprisonment and swatting after performing two prank bank robberies last October in Orange County, California.

The brothers each face one felony count of “false imprisonment effected by violence, menace, fraud, or deceit” and one misdemeanor count of “falsely reporting an emergency.” If convicted, the 23-year-old twin brothers — who have over 4.8 million subscribers on YouTube and over 25 million on TikTok — face up to four years in prison.

The fake bank robberies, video of which was posted to YouTube on Oct. 20 last year and garnered over 1.4 million views before being made private on Aug. 5, involved the twins dressing up in all black with ski masks and carrying duffel bags of cash to appear as if they had just robbed a bank. After running through crowds, the twins ordered an Uber, but the driver — who was unaware of the prank — refused to drive the twins. A bystander then called the police after believing the driver was being carjacked, leading Irvine police to arrive at the scene and order the Uber driver out of the car at gunpoint, according to the Orange County District Attorney’s Office.

The Stokes Twins were issued a warning by the police, according to the District Attorney’s office, before performing a similar fake bank robbery prank at the University of Irvine four hours later. Police then received more emergency calls regarding a supposed bank robbery.

“These were not pranks,” Orange County District Attorney Todd Spitzer said in a statement. “These are crimes that could have resulted in someone getting seriously injured or even killed. Law enforcement officers are sworn to protect the public and when someone calls 911 to report an active bank robbery they are going to respond to protect lives. Instead, what they found was some kind of twisted attempt to gain more popularity on the internet by unnecessarily putting members of the public and police officers in danger.”

On Sept. 10, attorneys for the Stokes twins publicly denied the accusations. “We strongly believe when the evidence is presented in this case it will show that our clients are not guilty of any crimes,” Matthew Wallin, Paul Wallin, and Mark A. Gallagher said in a statement. “Alex and Alan Stokes were never arrested or even cited for these charges. They have not been required to post bail in this case and remain free from custody.”

For the record: This story has been updated to include a response from reps for the Stokes twins, who initially did not respond to requests for comment.