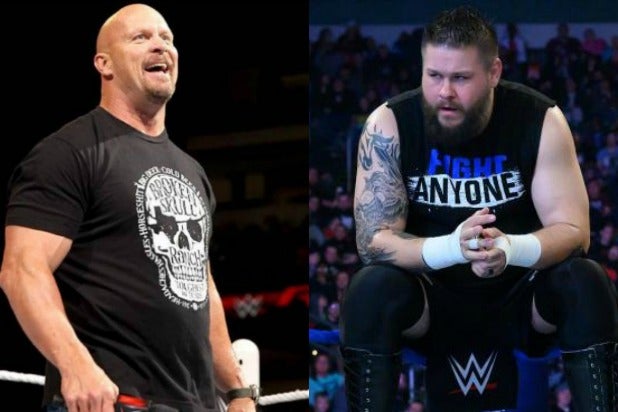 Two years ago, “Stone Cold” Steve Austin told TheWrap that he’s “down with anybody using the Stunner,” a pro-wrestling move he made into an iconic finisher. At the time, Kevin Owens had just begun busting it out in WWE competition. With a few years of the maneuver now under K.O.’s contracting belt (he’s been losing some serious weight and waistline lately), we asked Austin, now the host of his own USA Network talk show, to grade the current “SmackDown Live” Superstar.

It’s almost like Austin is reading Wrestling Twitter when Owens does the move Mondays on “Raw” (as a “Wildcard”) or Tuesdays on “SmackDown Live,” the latter of which is technically K.O.’s WWE home. Though social media wrestling critics can be far harsher than Austin’s critique — or his letter grade.

“He’s timing it up and he’s coming up — he’s got a little bit of a different finesse to it than I did,” Professor Austin, the six-time WWF World Heavyweight Champion, continued. “But I soon think he’ll achieve A to A+ status if practice makes perfect, and they gotta let him turn that thing loose.”

“I enjoy watching him use it and I’m glad someone is using it,” Austin said. “And I’m glad it’s him.”

Check back with TheWrap soon for more from our latest interview with Austin.