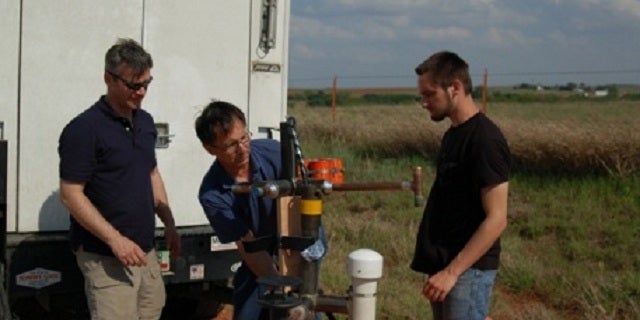 Tim Samaras, Carl Young and Paul Samaras, the stars of Discovery Channel's "Storm Chasers" who died during an Oklahoma tornado, will be the subject of a tribute episode that will air on the network this week, the network said Monday.

"Mile Wide Tornado: Storm Chasers Tribute" will feature highlights and special scenes of the trio, who were killed May 31 during a tornado outbreak near El Reno, Okla. The tribute episode will air at 10 p.m. on Wednesday.

In addition to honoring the fallen stars, the special will chronicle the category EF5 tornado that touched down in Oklahoma on May 20, leaving mass devastation throughout its 17-mile path. Meteorologists, storm chasers and emergency personnel will offer their insight into the storm; user-generated footage will illustrate the disaster.