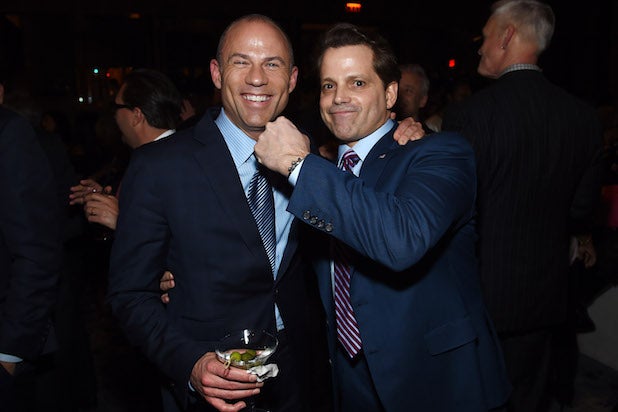 Oh, dear. It seems that Michael Avenatti found himself in a hairy back-and-forth with Anthony Scaramucci on Friday.

Earlier this month, a New York Times report stated that a “Crossfire”-style TV show starring Avenatti and Scaramucci had been pitched to cable news networks.

During a “Fox & Friends” appearance Friday, Scaramucci shot down the possibility of such a show in a characteristically blunt  way.

“I’m not doing a TV show with Avenatti, no,” Scaramucci said, adding, “I like people that have a full head of hair.”

Ouch. But Avenatti refused to let his feathers get ruffled by Scaramucci’s comment, replying on Twitter, “The best part of my hair @Scaramucci is that it only takes me 11 days to completely grow it out.”

By the way, Avenatti’s online bio gives a pretty good idea of how marvelous he looks with his hair grown out.

Avenatti has likewise expressed disinterest in doing a TV show with Scaramucci, reacting to the report that the show is being pitched with a tweet saying he has “no interest in television right now.”

“Lol. I have no interest in television right now. I’ll leave that to the experts,” Avenatti tweeted at the time. “I enjoy practicing law and look forward to prevailing on behalf of my client Stormy Daniels. That’s where my focus is.”

Which is a shame. With the clear talent for back-and-forth banter that Avenatti and Scaramucci have, the show would probably be pretty entertaining.

The best part of my hair @Scaramucci is that it only takes me 11 days to completely grow it out. #basta https://t.co/3rymElQbwe