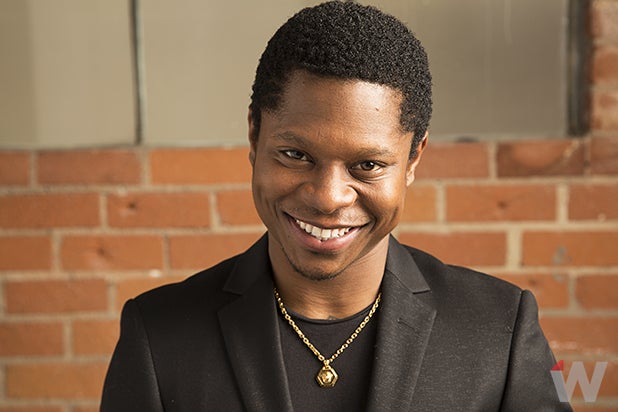 Jason Mitchell, the actor who played Eazy-E in “Straight Outta Compton,” went on a tirade on a Delta flight Sunday, video of which was caught by a fellow passenger.

According to TMZ, the cause for his tantrum was that someone was sitting in his first class seat when he boarded the plane, and that the airline had double booked his seat. After cussing out the flight attendants and the pilot and yelling “p—-” and “f— you” to a bunch of people around him, he eventually got off the plane. Witnesses told the outlet that he was cuffed and detained by law enforcement.

“Everybody, I’m sorry, I’m no tying to make a f—– situation,” he told passengers, before unleashing more cuss words.

In a statement to TheWrap, the airline said, “the passenger was late checking in for his original flight and was placed on standby for a seat on the next flight. He was later confirmed in Delta Comfort+, the only available seat. On that flight, 2252, from Las Vegas to Salt Lake City, he got into a verbal altercation with the crew, before ultimately exiting the aircraft and being taken into custody by law enforcement. The flight’s departure was slightly delayed.”

A spokesperson for Delta told TMZ that the airline doesn’t intend to press charges.

Watch the video below. The actor can currently be seen in Kathryn Bigelow’s “Detroit.”