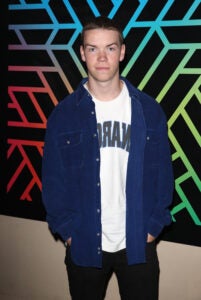 Fresh off the success of “Straight Outta Compton,” Keith Stanfield has signed on to join Brad Pitt in Netflix’s political satire “War Machine,” TheWrap has learned. Will Poulter (“The Revenant”) is also in talks to join the young ensemble cast.

David Michôd (“Animal Kingdom”) will direct the film, which will debut in select theaters next year and stream exclusively on Netflix, which did not immediately respond to a request for comment.

Michôd also wrote the movie, which is based on Michael Hastings’ bestselling book “The Wild and Terrifying Inside Story of America’s War in Afghanistan.” Pitt and his Plan B partners Dede Gardner and Jeremy Kleiner are producing with Ian Bryce (“World War Z”).

Poulter will soon be seen alongside Leonardo DiCaprio and Tom Hardy in Alejandro Gonzalez Inarritu’s “The Revenant.” He previously starred in “We’re the Millers” and “The Maze Runner.” He’s repped by WME and Hamilton Hodell.