We’re just one month away from the release of “Stranger Things 3” and Netflix has dropped a new illustrated poster to give you even more to obsess over while you wait for the summer of ’85 in Hawkins, Indiana.

In the new piece of Season 3 art, which you can see below, Eleven (Millie Bobby Brown) is having one of her classic nosebleeds while she uses her powers in front of the sign for the new Starcourt Mall where Steve (Joe Keery) and new character Robin (Maya Hawke) work at the ice cream shop Scoops Ahoy.

Front and center is the new monster for “Stranger Things 3,” which doesn’t yet have a name — that we know of — but looks more ferocious than the Demogorgon and the Mind Flayer combined. Oh, and we’re not fans of those rats it eats.

We also see Max’s brother Billy (Dacre Montgomery) in the poster’s shadowy Upside Down territory, while an unknown man stands by a well-lit carnival on the opposite side of the image. Hmm, what’s that all about?

The tagline reads, “One summer can change everything.” So make of that what you will. 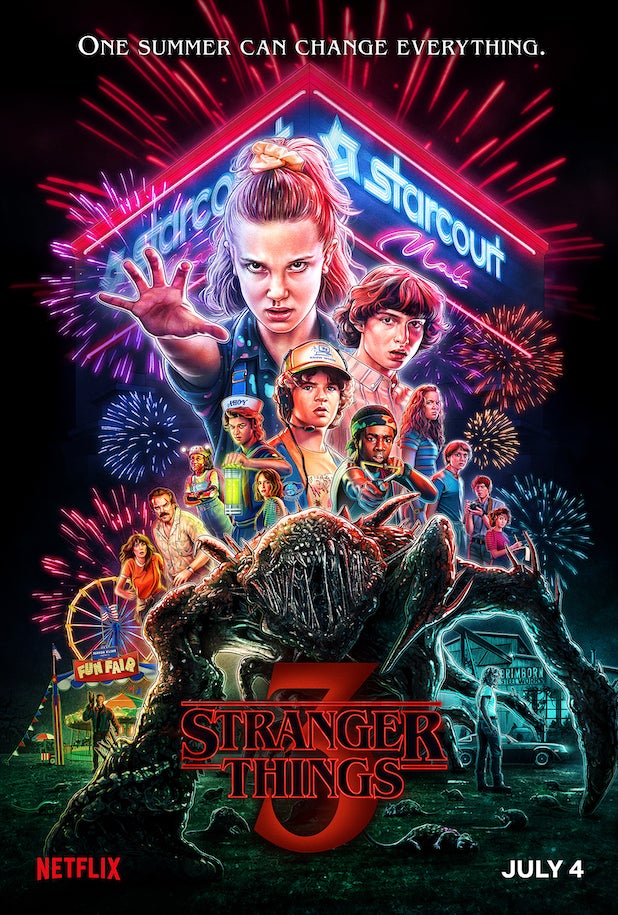