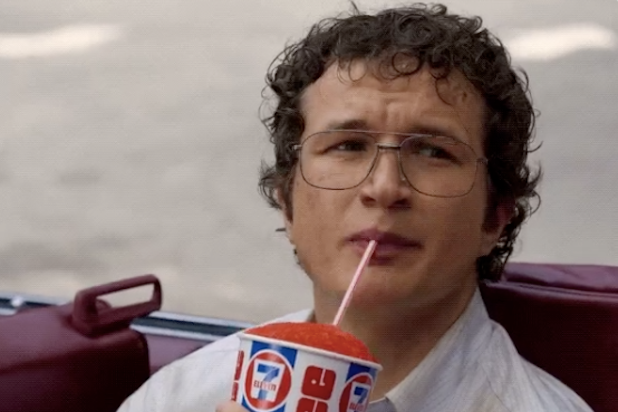 The “Stranger Things” fandom paid tribute to one of its fallen comrades Thursday by sharing pictures of themselves drinking cherry Slurpees in honor of Alexei, the Russian-scientist-bad-guy-turned-good-guy who was introduced on the show’s recently launched third season and quickly became a fan favorite.

“please find it in your hearts today to reply chug with a cherry slurpee for alexei,” the Netflix sci-fi series’ official Twitter account wrote Thursday morning, sharing a GIF of Alexei and his favorite drink (though fans know he does like strawberry, too).

Fans responded with a slew of Slurpee pictures — and a few Icee and some generic colored-ice beverage photos — and comments about the character, played by Alec Utgoff, who was taken from us far too soon. After all, without Dr. Alexei, Joyce (Winona Ryder) and Hopper (David Harbour) never would have figured out how to stop the Russians from opening the gate to the Upside Down.

Fear not Alexei, your death was not in vain and there are many cherry Slurpees being chugged in your honor today.

See some of the best Alexei tribute tweets below.

please find it in your hearts today to reply chug with a cherry slurpee for alexei. pic.twitter.com/YgkQvUmfiV

hi i drew this last night n i hope alexei gets all the cherry slurpees he wants today :))) pic.twitter.com/VJgp3RFZbJ

my brother already finished his before we took this oops pic.twitter.com/1vnVKkdMiX