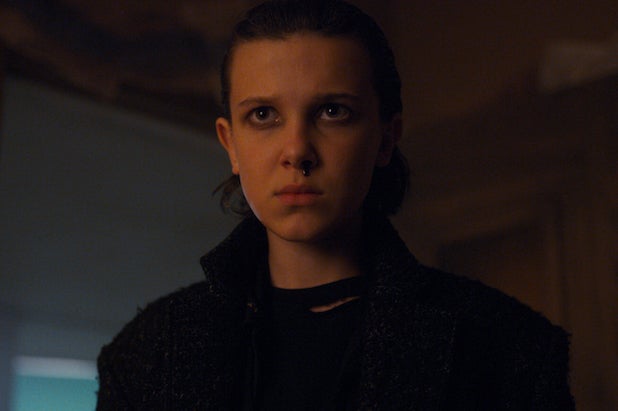 We have no idea when “Stranger Things 3” will launch, but we do know you’ll at least get a taste of the series this fall when it jumps off the small screen and into your lap in a new set of companion books. And one book in the upcoming collection is a prequel.

Fans of the Netflix series will be able to enjoy more stories from the town of Hawkins, Indiana — and its infamous Upside Down — thanks to the collaboration with Penguin Random House, a spokesperson for the streaming service tells TheWrap.

The first two titles set for a debut this fall are a behind-the-scenes companion book and a hardcover gift book targeted at younger readers. The former will be titled “Stranger Things: World Turned Upside Down: The Official Behind-The-Scenes Companion,” while the currently-untitled gift book will include “advice, wisdom, and warnings from the Stranger Things world.”

Viewers will have to wait a bit longer for the prequel novel which focuses on Eleven’s (Millie Bobby Brown) mother and the MKUltra program, penned by author Gwenda Bond, which is set for a spring 2019 release. More titles for adults and YA will follow.