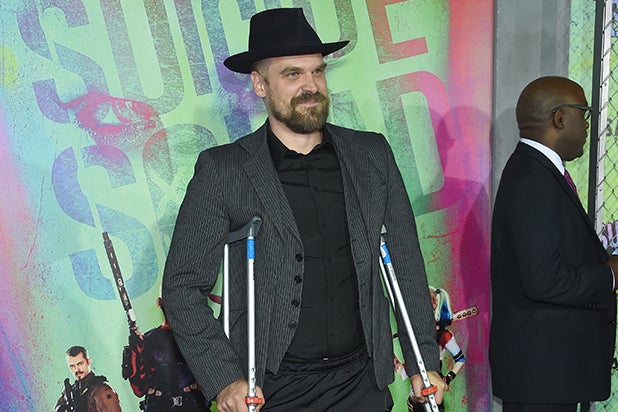 The second season of the Netflix supernatural drama “Stranger Things”  is really going to the dogs.

Or at least, series star David Harbour gave the impression on Tuesday that Winona Ryder’s character, Joyce Byers, is going to the dogs.

Harbour, who plays lawman Jim Hopper on the series, took to Instagram to provide a shocking casting update to fans: That the part of Joyce Byers had been recast.

The photo accompanying Harbour’s supposed bombshell pictured the actor holding a pooch, so breathe easy, “Stranger Things” fans — we’re pretty sure he was joking. Then again, it seems like pretty much anything could happen on “Stranger Things.”

At any rate, that’s one way for Harbour to get back at Ryder for causing a distraction during his heartfelt SAG Awards speech.

Reaction to his post ranged from, “I hope this is a joke” to “AAAWWWWWW” to “I am perfectly okay with this change.”