We’ve been calmly waiting since July to find out what the deal is with Will Byers after coming back from the Upside Down. Thanks to Netflix, we’ll finally know soon.

The streaming giant announced Tuesday that its nostalgic horror series will be coming back on October 27, just in time for Halloween.

Netflix had previously hinted that the events in “Stranger Things” Season 2 would take place around Halloween, thanks to a production still with three of the boys dressed in Ghostbuster outfits.

The premiere date was sent out in a press release, which also hints at some other things to remember about the first season. Firstly, that MKUltra — the secret government program in Hawkins — landed there in 1953. Second, that Police Chief Jim Hopper returned to the town in 1979 after the death of his daughter Sarah. Third, that Will vanished on Nov. 6, 1983. Finally, that Barbara Holland (aka Barb) disappeared on Nov. 8.

All leading up to the season premiere.

A lot of this can just be a tease, but Netflix’s highlighting of these specific dates sends a message about what’s to come. Hopper’s past could become more important, MKUltra has been around longer than we thought, and that we might finally get justice for Barb.

At the end of Season 1 — after Will returns and the characters get a happy ending — we see Hopper drive off in a MKUltra vehicle. Later he appears in the woods with a box of Eggos, presumably for Eleven, who vanished while battling the demogorgon in the finale. Then, we see Will eating dinner with his family before excusing himself to go to the bathroom, where he gets a vision of the Upside Down and coughs up a slug-like creature.

Netflix also released the first poster for the new season, which you can check out below. It shows the four boys on their bikes staring into the distance where we see the long-armed monster in the clouds, introduced first in the teaser during the Super Bowl. 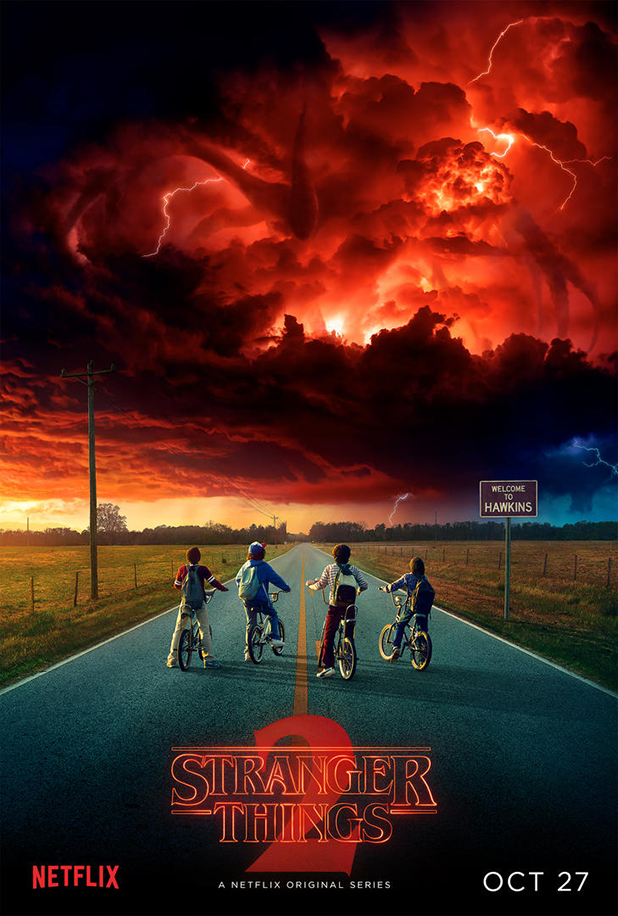