Just after the stroke of midnight on the East Coast Tuesday, Netflix released the first good news of 2019: the long-awaited premiere date for “Stranger Things 3.”

The streamer took advantage of the New Year’s Eve timing by dropping a NYE-themed video announcing the sci-fi series’ Season 3 launch date, just after the ball dropped ET. The short clip — broadcast by a local channel in the fictional Hawkins, Indiana, and sponsored by the Starcourt Mall — features footage from “Dick Clark’s New Year’s Rockin’ Eve: 1985.”

As Clark begins to count down to the New Year in the Big Apple, the screen scrambles with code and bizarre text and then, finally, it’s revealed we are definitely heading back into the Upside Down on July 4, 2019 — 20 months after the show’s second season launched in October 2017 on Netflix.

Also Read: 'Stranger Things': Sadie Sink Is the Only Kid Who Can Properly Wrap a Present in This Holiday Promo (Video)

Based on the key art for the upcoming third installment of the Duffer Brothers-created series — which was released along with the teaser — it looks like that Fourth of July theme is going to be carried over into the season itself, as we see Eleven (Millie Bobby Brown), Mike (Finn Wolfhard), Will (Noah Schnapp), Lucas (Caleb McLaughlin), Dustin (Gaten Matarazzo) and Max (Sadie Sink) outside enjoying some fireworks.

Of course that fun probably can’t last long, as Eleven is looking worried and the tagline reads, “One summer can change everything.”

Earlier this month, Netflix dropped a short teaser confirming the rumors that Season 3 would launch next year (but didn’t give an exact premiere date, obviously) and that clip also revealed all the upcoming episode titles, which you can find here.

Watch the date announcement video above and see the key art from “Stranger Things 3” below. 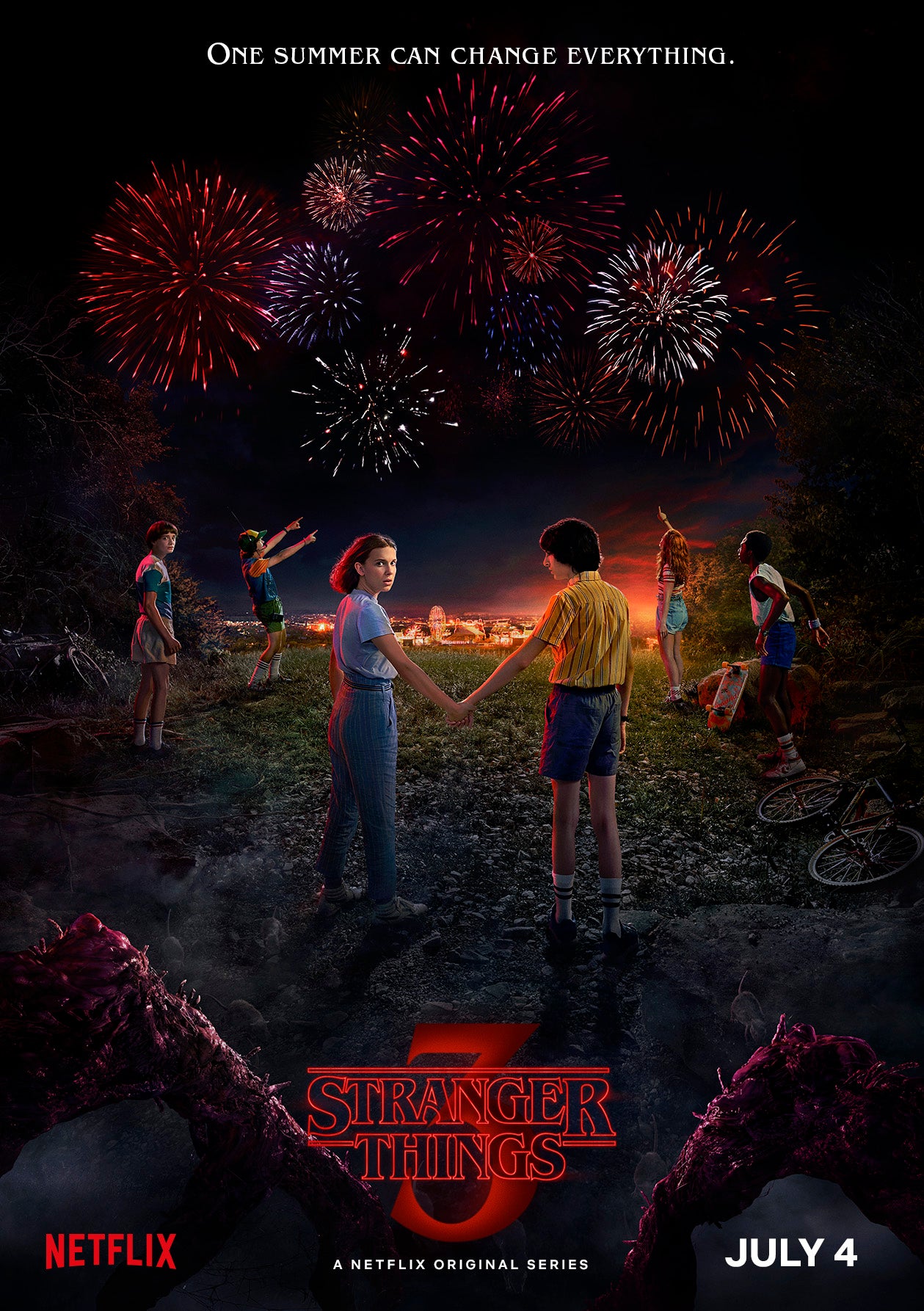