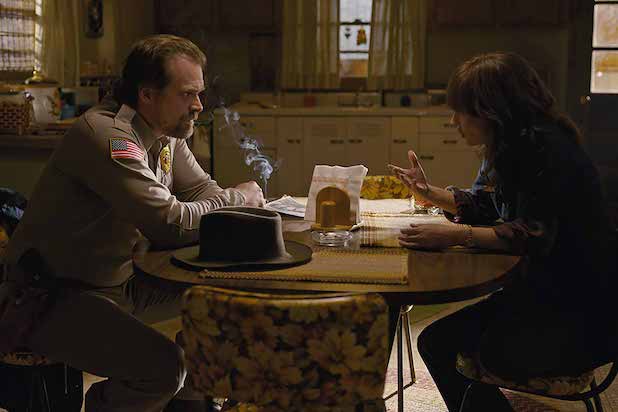 Netflix has promised to cut down on its smoking habit in future programming after a report detailed just how much tobacco use is featured in the streaming service’s content, with its biggest offender being “Stranger Things.”

“Netflix strongly supports artistic expression. We also recognize that smoking is harmful and when portrayed positively on screen can adversely influence young people,” a Netflix spokesperson said in a statement to TheWrap Friday. “Going forward, all new projects that we commission with ratings of TV-14 or below for series or PG-13 or below for films, will be smoking and e-cigarette free — except for reasons of historical or factual accuracy. For new projects with higher ratings, there’ll be no smoking or e-cigarettes unless it’s essential to the creative vision of the artist or because it’s character-defining (historically or culturally important). In addition, starting later this year, smoking information will be included as part of our ratings on the Netflix service so our members can make informed choices about what they watch.”

“For both the 2015-16 and 2016-17 seasons, episodic programming on Netflix had a greater total number of tobacco depictions than programs aired on broadcast or cable TV, with ‘Stranger Things’ continuing to show the most tobacco overall,” the report reads. “Researchers found that 100% of ‘Stranger Things’ episodes coded included tobacco.”

The report — which was released two days before “Stranger Things 3” launched and tracked appearances of boxed cigarettes, not just the act of smoking itself — states that “the popularity of streaming combined with the pervasive rise of smoking in episodic content points to an emerging threat to a new generation of young Americans.”