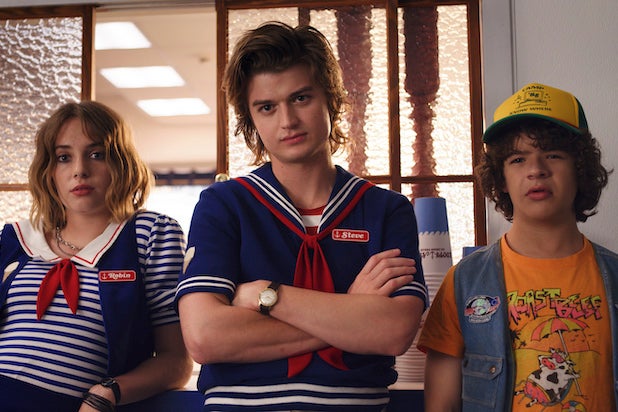 Netflix’s recent growth issues might already be behind it, thanks to “Stranger Things.”

The latest season of the Netflix original series has helped drive “significant re-acceleration” of app downloads during Q3, according to a new note to investors from Bank of America on Monday morning.

BofA said Netflix has been “likely aided by the release of ‘Stranger Things’ Season 3,” which came out in early July. Netflix boasted that the latest season of “Stranger Things” broke a company record during its first four-days on the service, with nearly 41 million accounts watching the show. Other well-known Netflix Originals like “Queer Eye” have also returned during Q3.

Netflix shares, after a rough two-month stretch, increased 2.5% in early trading on Monday, hitting about $297 per share.

The latest season of “Stranger Things” was released two weeks before Netflix posted its underwhelming Q2 financial report, with subscriber growth coming in well below analyst expectations. Netflix also posted a loss of 126,00 American subscribers, marking the first time the streaming giant had lost ground in the U.S. The company pointed to its 2019 price hikes as a reason for its soft Q2 performance.

Netflix shares have dropped 18% since the company’s Q2 report came out in mid-July. The company is expected to report its Q3 performance next month.

The Evolution of Sean Astin, From 'The Goonies' to 'Stranger Things' (Photos)

Young fan on Twitter referred to him as “Sean Astin from ‘Stranger Things,'” but the actor is known for so much more