Greetings from the Upside Down. “Stranger Things” doesn’t return until much later this year, but it seems there’s already a new mystery for conspiracy-minded viewers to obsess over: the release date for the upcoming second season of the hit Netflix series.

The reason? Shortly after the first teaser image from the second season was revealed earlier today, fans were set alight by a different image, shared on the official “Stranger Things” Twitter account, of what looks like a 1980s TV weather report.

Also Read: 'Stranger Things' Cast Calls Out Trump at SAG Awards: We Will 'Punch Some People in the Face' (Video) 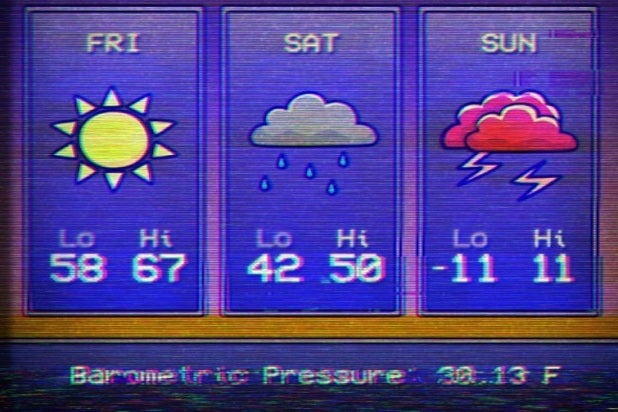 Sure, it could be nothing more than a nod to the season 2 teaser trailer set to air Sunday during the Super Bowl. The big game is of course being held in Houston, Texas, location of the weather report above. But the image is full of numbers, and the Internet loves puzzles, so fans are already digging into it for secret clues. And a pretty simple solution has emerged as the leading theory: “Stranger Things” Season 2 will launch on Netflix September 8.

Here’s how they reached that conclusion: Other than the 11’s, the image contains three sets of numbers: 58 and 67, 42 and 50, and 30 and 13. If you subtract the lows from the highs in the first two sets, you get the numbers 9 and 8. Subtract the two barometric pressure numbers and you get 17.

Three numbers with the last being 17 looks a lot like a date: 9/8/17, or Sept. 8, 2017. That’s a Friday, the day when Netflix traditionally releases new shows. And voila! Mystery solved.

Assuming that there is one, of course. Perhaps Netflix turned the season launch date announcement into a puzzle for fans, but if that’s what happened here, it was awfully easy. It’s possible we’ll know for sure come Sunday.

In the meantime, I have a “Stranger Things” Season 2 theory of my own. Note that three-day forecast ending with red lightning clouds and the significant numbers “11” and “-11”? That obviously to refer to Eleven, the telepathic human experiment played by Millie Bobby Brown in Season 1. If I had to hazard a guess, I’d think “Stranger Things” Season 2 might be about the kids helping Eleven deal with her powers. She might even be the villain for a bit (hence “Negative Eleven”). Or maybe it’s one of the other 10 experiments the Department of Energy was doing prior to the series’ start. 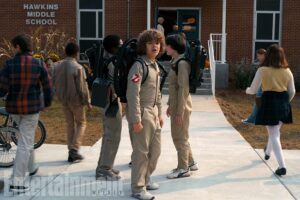 One last thing. That first image from the second season shows the kids wearing “Ghostbusters” costumes. Appropriate because it takes place a year later, 1984, presumably right after the film was release. And it immediately suggests Halloween. But how come no one else is dressed up?