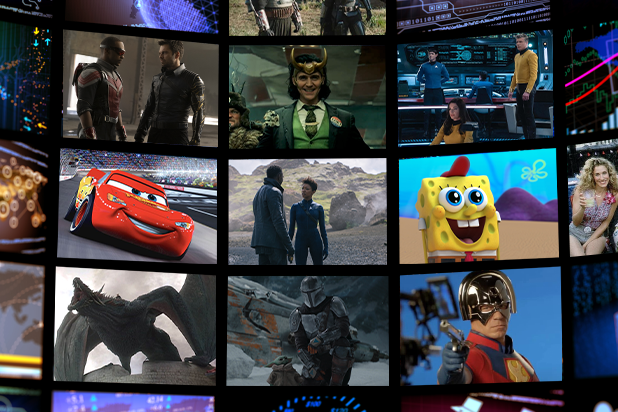 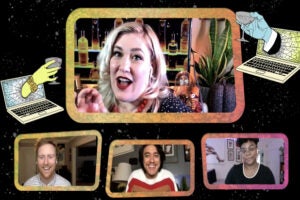 Too Many Superheroes? How Streaming Hopes to Avoid Franchise Fatigue

”You have to realize that this is not being driven by the executives,“ Nickelodeon President Brian Robbins says

As the streaming wars heat up, deep-pocked media giants are using franchises as a cudgel to carve out their space in a landscape that is getting overcrowded. This week alone sees the debut of “The Falcon and the Winter Soldier,” one of five Marvel television series for Disney+, just one day after the heavily-anticipated “Snyder Cut” version of “Justice League” premieres on HBO Max.

Until he spoke to TheWrap, Malcolm Spellman wasn’t worried that Marvel fans would be suffering burnout when “The Falcon and the Winter Soldier” premieres Friday, coming just two weeks after the end of Marvel’s first Disney+ series, “WandaVision.”

“I had never thought about that,” the Marvel series’ head writer told TheWrap. “But now I’m worried about it.”

The arrival of newcomers like Disney+ and HBO Max shook up the streaming industry. Disney+ served notice that Netflix may have a real challenger to its throne, while HBO Max upended the film industry by debuting its entire 2021 film slate alongside their theatrical releases. Both come armed with expansive vaults full of valuable IP that, along with Paramount+, herald a coming onslaught of franchise material, many of which will be woven together as interconnected puzzle pieces.

Also Read: 'The Falcon and the Winter Soldier' Is Not Afraid to Lean Into Uncomfortable Racial Politics

But will viewers eventually get sick of so much Marvel and DC? If box office history is any guide, probably not.

Led by Marvel Studios and its runaway success as a mega-franchise, popular material that can be turned into endless sequels and offshoots have dominated the box office over the past decade-plus. Now, they’re coming for your streaming dollars and getting an injection that would make even Captain America jealous.

“The run they’re having is unparalleled, and you do feel like you’re going to be the one to ruin it,” Spellman says of the massive shadow the success that the Marvel Cinematic Universe casts. “Yea, you feel pressure though, for sure.”

Spellman argues that Marvel has created the blueprint for keeping franchise material fresh. “I don’t know why every studio doesn’t steal this. Marvel puts every one of their movies in a category,” he said. For example, “Spider-Man: Homecoming” was a coming-of-age teen comedy, “Ant-Man” was a heist movie, and “Captain America: The Winder Soldier” was a political thriller. Now it appears Marvel is trying to mimic that billion-dollar formula for streaming.

“For this one, to differentiate it from that, the day before I ever showed up, they were like, we want a ‘buddy two-hander,'” Spellman explained. “A buddy two-hander is more than two characters riffing. It’s an entire spirit. It’s its own genre of filmmaking. So you know, it gave it its own characteristics before you even get into the details.”

Just look at what the next few years look like. Disney+ is planning 10 Marvel and Star Wars TV series each, including three spinoffs of “The Mandalorian.” Disney+ will have an episode of a Marvel Studios TV series almost every week through June. That’s not even counting series like “What If…,” “Ms. Marvel” and “Hawkeye” that will debut during the second half of this year. Pixar is developing spinoffs of movies “Cars,” “Up” and “Monsters Inc.” A new update of “The Mighty Ducks” premieres at the end of March. 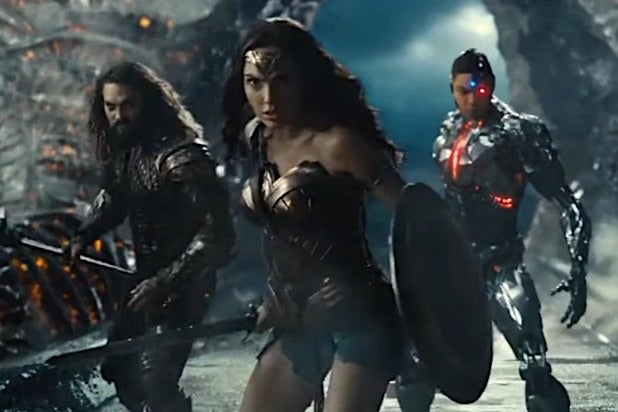 Not to be outdone, HBO Max is getting spinoff TV series from two upcoming DC Comics movies in John Cena’s “Peacemaker” and “Batman”-adjacent show on the Gotham police department. Those join fellow series including “Titans” and “Doom Patrol” that were inherited from DC Universe, as well as a separate “Green Lantern” series from Greg Berlanti. Multiple spinoffs of “Game of Thrones” are being developed for the streaming service and HBO (which is included in HBO Max), as well as a revival of “Sex on the City.”

“It’s great to have big shows, like ‘Game of Thrones,’ or a DC show, but I also want to continue to encourage our execs to find things like ‘I May Destroy You’ or ‘Generation,'” Casey Bloys, chief content officer for HBO and HBO Max, told TheWrap. “It’s important to have a really healthy reality offering, you know. I want to make sure that it’s not too much of any one thing.”

Because WarnerMedia has such a vast catalog (that may or may not include a “Harry Potter” TV series), that in of itself makes for variety.  “I think, kind of in a natural way, by having so many franchises, you’re not going to do too many DC shows because you got ‘Game of Thrones,’ and you’ve got other spin offs.”

Paramount+, which debuted earlier this month, is banking on fans’ love-affair of “SpongeBob” and “Star Trek” to turn ViacomCBS from a supporting castmember into a leading player in the streaming wars.

Brian Robbins, president of Nickelodeon, the network that made “SpongeBob” a household name, contends they’re simply giving what they think the fans want.

He said the number one thing that gives a franchise its legs is multiple characters that can be the main player in their own show or film. “Marvel has that; we feel like we have that in SpongeBob,” he says.

Paramount+ launched with both a “SpongeBob” film and a prequel series, “Kamp Koral.” There’s also a Patrick Star-led project in the works to air on Nickelodeon (but will also be available at some point for Paramount+ subs). Along with “SpongeBob,” Nickelodeon is developing a revival of popular ’90s cartoon “Rugrats” for Paramount+.

“What makes a great franchise is just a rich universe of characters with a lot of great stories to tell,” Robbins continued. “I think a franchise dies if you run out of stories, right?”

Even streaming’s “old guard” is looking towards big, tentpole franchises. Amazon paid $2 billion to develop a “Lords of the Rings” TV series and is reforming its television development to create a division that is solely responsible for managing IP. Last year, Netflix expanded Kelly Luegenbiehl’s role, which was previously in charge of Europe, the Middle East and Africa, to oversee global franchise development.

Also Read: In 'WandaVision' and 'Falcon and the Winter Soldier,' Trauma Is the Real Villain

“I think it’s no secret that what Netflix really wants, and they’ve said it themselves, is a blockbuster franchise,” Jeff Bock, senior box office analyst at Exhibitor Relations, told TheWrap. To this date, Netflix has had success in the rom-com genre with multiple “To All the Boys” and “Kissing Booth” films and is developing a sequel to its critically-maligned but highly-watched Will Smith film “Bright.” On the TV side, Netflix is developing a prequel to the Henry Cavill-led fantasy series “The Witcher.”

“You see all these big films with these big brand names coming down the pipeline. One of those will probably hit and they will get their blockbuster franchise,” Bock adds. “But while they go that direction, everybody else seems to be going the series direction like Disney and HBO. And honestly, I think it’s the way to go.”

Bock sees the shift of franchise material over to streaming as a long-term industry change.

“It’s going to sort of reverse engineer blockbuster filmmaking,” he said. “We’ll set the stage on the small screen, and we’ll rise up to the big screen every once in a while and make hopefully a billion dollars. That’s the Marvel plan going forward, and it’ll probably work the same way for Star Wars.”