Now we’re getting some gravitas.

After a couple of press releases in which the Oscar producers announced young-skewing presenters whose careers had involved limited work on Oscar-caliber films, the Academy has come up with a more substantial batch of new presenters, all of whom are either past winners or nominees.

The seven new presenters have 16 Oscar nominations and four wins between them. 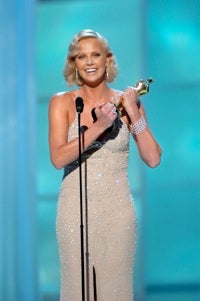