The University of Iowa, CalArts, Berkeley and Chapman have won gold medals at the 2021 Student Academy Awards, the Academy announced on Thursday in a pre-recorded virtual ceremony that was posted on Oscars.org.

Students from those schools were among the 17 filmmakers who won medals in seven different categories, and in doing so qualified for Academy Award consideration in the short-film categories. Gold medalists also received $5,000 cash prizes, while silver medals received $3,000 and bronze medalists $2,000.

The ceremony was hosted by actress Amandla Stenberg (“The Hate U Give,” “Dear Evan Hansen”), with awards presented by Asghar Farhadi, Marielle Heller, Nanfu Wang and Pete Docter, who won a Student Oscar himself in 1992 before joining Pixar and winning Academy Awards for “Up,” “Inside Out” and “Soul.” 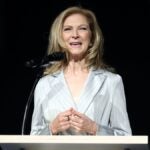 For domestic documentary shorts, the gold medal went to “When They’re Gone” by University of California, Berkeley student Kristen Hwang, with films from NYU and USC (the two winningest schools in Student Academy Awards history) taking silver and bronze. “Why Didn’t You Stay for Me?” from Milou Gevers at Nederlandse Filmacademie won the international documentary award.

The alternative/experimental award, which is open to both domestic and international schools, was won by Hao Zhou from the University of Iowa, one of two schools that won their first Student Oscars. (The other was the Cleveland Institute of Art.) 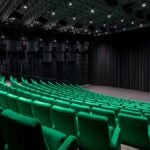 The winners were selected from among 1,404 films submitted by 210 domestic and 126 international colleges and universities.

In the last several years, Student Academy Award winners that have gone on to receive Oscar nominations include “Watu Wote/All of Us,” “My Nephew Emmett,” “4.1 Miles” and “Everything Will Be Okay.”