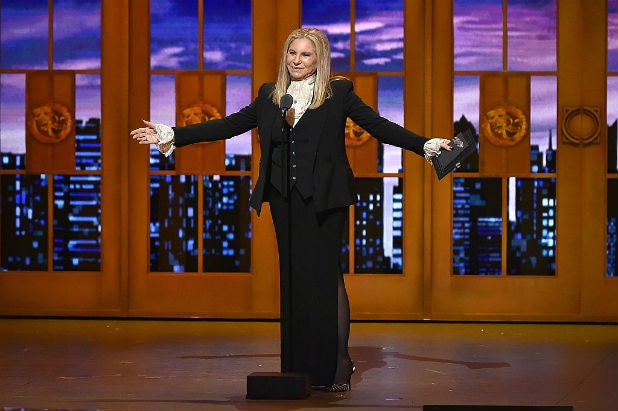 Streisand is still attached to star and produce with Joel Silver (“Lethal Weapon”), who will be shopping the project to other companies.

“Gypsy” has had a troubled development history dating back to STX motion picture group chairman Adam Fogelson‘s days as head of Universal Pictures. The studio spent years developing “Gypsy” — at one point Streisand planned to direct as well as star as the ultimate stage mother, Mama Rose — but put the project into turnaround last year.

Fogelson brought the project into STX earlier this year and was in advanced talks to finance but the deal fell apart last month. A rep for STX had no comment.

The upstart studio may have been gun-shy about a pricey star vehicle given the underperformance of Matthew McConaughey‘s “Free State of Jones,” a $50 million historical drama that has grossed just $20 million. (STX had more success with last weekend’s Mila Kunis-Kristen Bell comedy “Bad Moms,” which opened to $23.8 million on a $20 million budget.)

“Gypsy,” which features music by Jule Styne (“Bells Are Ringing”), lyrics by Stephen Sondheim (“Into the Woods”) and a book by Arthur Laurents (“West Side Story”), is considered by many critics one of the best musicals of all time since its 1959 Broadway premiere.

“Gypsy” first made into a feature film in 1962 starring Rosalind Russell as Mama Rose and Natalie Wood starring as her daughter, thes triptease artist Gypsy Rose Lee whose memoir inspired the musical.

The Mama Rose role has become a favorite of actresses, earning Tony Awards for Angela Lansbury, Tyne Daly and Patti LuPone over the years.