STX Entertainment is in exclusive talks to be sold to a third party, its parent company Eros STX Global Corporation announced in a release on Tuesday.

The company has engaged Lazard as a financial adviser to assist in the sale process, and if a sale is made before Dec. 3, deadlines for STX’s debt could be extended until Feb. 2022.

STX has negotiated an extension of its debt payments, and as of Nov. 12, 2021, $127.4 million remained outstanding under the company’s credit agreement. The studio was also aiming to sell off much of its 46-film library in August in order to raise capital. 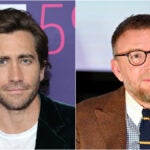 STX Entertainment, which is behind hits such as “Hustlers” and “Bad Moms,” merged with Eros as ErosSTX in 2020, but the company was hit hard by the pandemic and has struggled to find other successes at the box office. Stock for the company was down 36% on Tuesday as a result of the news, and the stock price has been below $1 a share since the summer.

Some of the other titles upcoming on STX’s slate include the sports drama “National Champions,” which just released a trailer Tuesday morning, as well as a sequel to the Gerard Butler disaster film “Greenland,” a rock biopic about Joey Ramone starring Pete Davidson, Guy Ritchie’s next thriller “The Interpreter” and a Vin Diesel action movie “Muscle.”