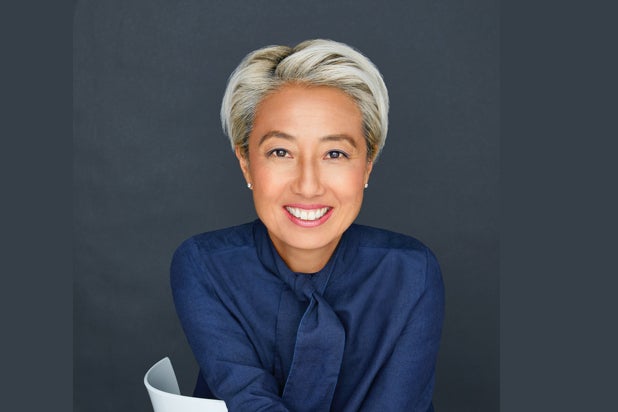 The veteran executive’s hire was announced by STX President Sophie Watts, to whom she will report. Röckenwagner’s most recent position was with Vixeid Partners, a venture capital firm owned by publishers Advance and Conde Nast.

“Patti’s wealth of experience across the entertainment, capital markets, media, technology, and culture and lifestyle categories will be a significant advantage for us as we develop new ways of working with partners, creating content and connecting with today’s audiences,” Watts said in a statement.

Also Read: STX Bumps 'The Space Between Us' From 2016 to Avoid 'Passengers'

“As STX Entertainment enters the next phase of expansion and growth, we look forward to harnessing her deep branding knowledge, strategic counsel, content expertise and entrepreneurial leadership,” she added.

“Coming from a venture background, where I’ve advised start-ups that reimagine businesses and find new and different ways of engaging with consumers, I am eager to help STX progress in becoming the premier media company of the future,” Röckenwagner said.

She started her career in politics, working for Senators Ted Kennedy in Washington, DC, Art Torres in Sacramento and Tom Hayden in Los Angeles. She lives in L.A. with her chef husband Hans Röckenwagner.

STX has recently expanded its core Hollywood business to overseas VR and digital streaming content, and on-boarded more Chinese investment from the likes of Tencent Inc.

The expansion comes after a tumultuous year at the box office for the fledgling company.

The R-rated comedy “Bad Moms” delivered them $113 million in domestic box office receipts on a $20 million budget, but STX suffered a significant flop in the Matthew McConaughey Civil War drama “Free State of Jones” — which made only $20.8 million at U.S. theaters despite its estimated $50 million budget.