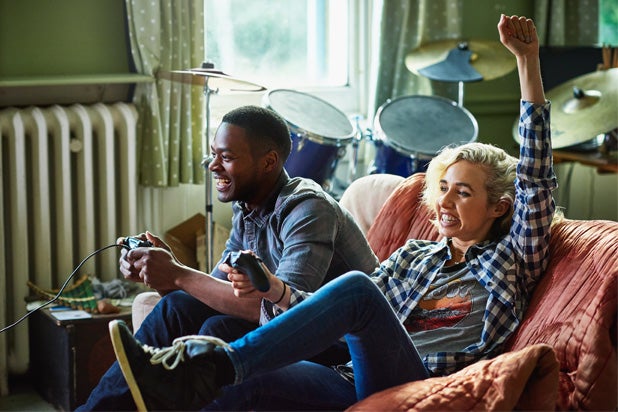 Subnation, the multiplatform media brand of Big Block Media Holdings, is doubling down on its celebration of all things gaming by partnering with IMGN Media to launch three new short-form eSports series, Wrap Pro has learned.

The new shows, which are expected to debut between April and June, will be featured across IMGN and Subnation’s slate of social media platforms. The primary focus will be on IGTV and YouTube — where the two companies have more than 1 million engaged followers.

“Level Up,” one of the first shows, is a gaming version of MTV’s “Pimp My Ride” or an HGTV-style room makeover show in which young gamers seek to “level up” their outmoded gaming lairs.

After joking about how outdated or underwhelming their current set-up is, the gamers work with a yet-to-be-cast host/designer to completely customize their gaming spot with new paint, hardware, furniture and fancy new accessories.

The second series, “HQ,” will take a behind-the-scenes look at the top gaming companies, team houses and arenas. The third show is still in development.

The episodes, which will be about five minutes long, can be found on IMGN Media’s TryHard account on Instagram, where the company has racked up more than 600,000 followers by consistently posting esports updates. Viewers will also be able to check out the shows on thesubnation.com.

“IMGN is all about in the moment editorial and that’s why our esports brand TryHard is rapidly gaining traction as the authentic voice of gamers on social media by covering the latest happenings in the gaming community,” IMGN Media chief Barak Shragai told TheWrap. “As we aim to more deeply engage with this culture, premium video content is a natural next step and Subnation knows this space inside and out.”

Seven Volpone, CEO of Big Block Media, told TheWrap that while live-streaming platforms like Twitch have “played an integral role in the rapid growth of eSports,” fans also want to enjoy  “premium content that touches on other relevant subcultures that resonate in the gaming community.”

That made IMGN’s gaming social channels a “perfect partner for Subnation to make sure this content is seen by the masses,” he said.

While the idea of watching competitive gaming might be foreign to some, the industry is continuing to blossom. eSports is drawing in legions of followers from across the globe, with 380 million fans in 2018, according to Newzoo.

It’s also an incredibly young following: The median age of an eSports fan is 28, Daniel Cherry, CMO of Activision Blizzard, told the audience at The Grill last October.

And with the industry on the cusp of passing the $1 billion threshold in annual revenue this year, some have compared investing in eSports to investing in a baseball team in the 1950s, when boxing and horse racing were the premier sports.

Industry insiders expect the continued growth of eSports. Nearly five years ago, Amazon paid just under $1 billion for Twitch, the video platform that livestreams esports, and more than $1 billion in venture capital funding has put toward the sector in the last two years, according to Pitchbook.