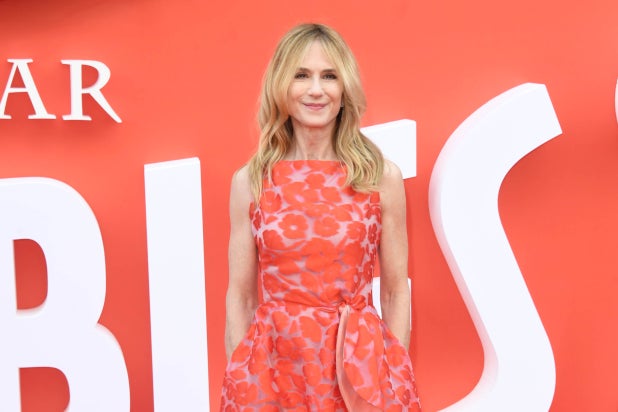 Holly Hunter has joined the second season of HBO’s “Succession,” where she’ll play Rhea Jarell, a “politically savvy” CEO of a rival company to Royco.

Season 2 of “Succession” debuts in August.

The show stars Brian Cox as, Logan Roy, the powerful father of a family-owned media conglomerate, Royco, and centers on the inter-family power grab to replace the elder Roy after his health forces him to step back from the company. Beginning where Season 1 left off, Season 2 follows the Roy family as they struggle to retain control of their empire, and while the future looks increasingly uncertain, it is the past that threatens to ultimately destroy them.

“Succession” was created by Jesse Armstrong, with the pilot written by Armstrong and directed by Adam McKay. Alongside those two, Frank Rich, Kevin Messick, Will Ferrell, Jane Tranter, Mark Mylod and Tony Roche executive produce the series. Armstrong serves as showrunner

Hunter is well known for lending her voice to Helen Parr aka Elastagirl in Pixar’s “The Incredibles” franchise; she also recently starred in “The Big Sick.”