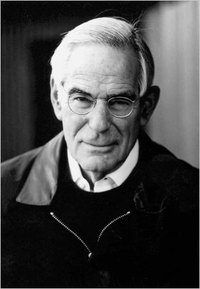 I am still reeling from the news that one of my journalistic heroes, David Halberstam, was killed in a car accident yesterday near San Francisco. This is a terrible tragedy, a loss to journalism, the passing — without warning — of one of the greats of the last half of the 20th century. Halberstam, who I was fortunate enough to meet in person a few years ago and had interviewed on a number of occasions, was, for me, the model of the kind of journalist I aspired to be: fearless, honest, adventurous, ever-curious and indefatigable. A great reporter, who could weave a riveting narrative. He wrote the kind of books I aspired to, abroad, at home; he continued to write them until the end. And he was incredibly open and solicitous to those who sought him out. I met him standing in line for dinner at a restaurant in mid-town, El Gatto, on the day I had started at The New York Times in 2003.  I was bowled over that he knew who I was; we chatted for a while, he wished me luck at the paper, and with my first book. At least I got to tell him those same things I just wrote, about what his work had meant to me, and a generation of journalists. He will be sorely missed.

Recommended reading to those who don’t know the man: "The Best and The Brightest," about VietNam, and "The Powers That Be," about media empires. That was a journalist.