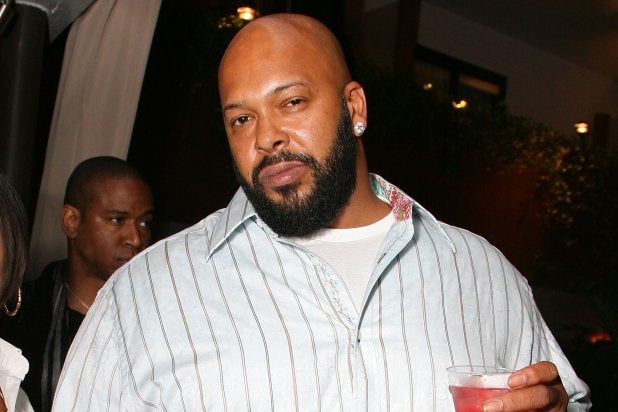 The daughter of N.W.A rapper Eazy-E sought to dispel rumors that former Death Row Records boss Suge Knight killed her father by injecting him with the HIV virus, denying that Knight caused the death.

During an interview on Dr. Zoe Today, E.B. Wright denied that Knight had anything to do with her father’s death.

“I want to ask you personally, do you feel like Suge Knight had any direct effect on your father’s death?” host Dr. Zoe Shuster asked.

The rumors picked up momentum when an interview with Knight on “Jimmy Kimmel Live!” was resurfaced last month, following the release of the N.W.A biopic “Straight Outta Compton.”

During the 2003 interview, Knight made a crude joke about Eazy-E’s death.

“Technology is so high,” Knight told Kimmel in response of the ABC host’s decision to wear a bulletproof vest during the interview.

“If you shoot somebody, you go to jail forever. You don’t want to go to jail forever … They have a new thing out. They have this stuff they called … they get blood from somebody with AIDS and they shoot you with it. That’s [a] slow death. The Eazy-E thing, you know what I mean?”

E.B. Wright shot down the notion that the Knight comment was serious or amounted to a confession.

“In that interview, he doesn’t say that he did it,” Wright said during the Dr. Zoe Today interview. “People kind of took that [Knight] interview and [are] kind of running with it.”

One of those people is Eazy-E’s son, Eric Wright Jr. — aka Yung Eazy — who, after the Kimmel interview was resurfaced, fanned the flames by sharing an Instagram post about the interview accompanied by a caption that read, in part, “I’ve been known my pops was killed. His death never added up 2 what ppl have always said maybe they think we’re idiots blind to the truth idk.”

Eazy-E, real name Eric Wright, died of complications from AIDS in 1995, when E.B. was four.

Knight is currently facing murder and attempted murder charges stemming from a January hit-and-run incident in Compton, California, during which he allegedly ran over Cle Sloan and Terry Carter, killing Carter and injuring Sloan. He has pleaded not guilty to the charges.