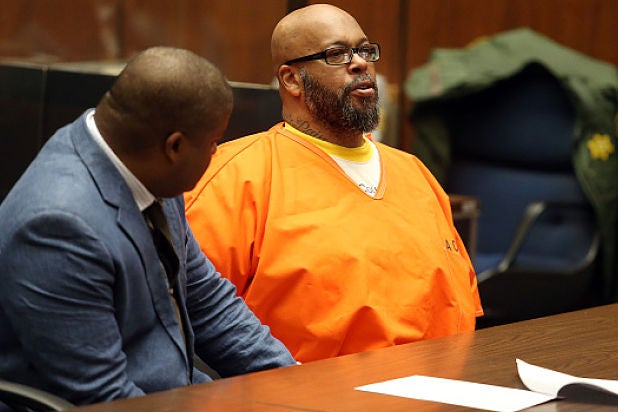 Disgraced former rap mogul Marion “Suge” Knight is expected to be sentenced to 28 years in state prison, after reaching a plea agreement in the 2015 death of Terry Carter.

Knight pleaded no contest to one count of voluntary manslaughter, the Los Angeles County District Attorney’s Office said Thursday. He had faced charges of murder and attempted murder.

Knight is scheduled for sentencing Oct. 4.

“Under the sentencing guidelines, Knight would receive the high-term of 11 years in prison for the voluntary manslaughter count, which would double because he has a prior conviction under California’s three strikes law,” the DA’s office said. “He also would receive an additional five years because the conviction was for a serious and violent felony and a year for the deadly weapon allegation.”

A trial was scheduled to begin shortly, with jury selection beginning early next week.

In all, former Death Row Records boss Knight was scheduled to stand trial for one count of murder, one count of attempted murder and one count of hit-and-run stemming from a January 2015 incident in Compton, California, that left one man dead and another injured.

Knight was accused of intentionally running over Cle “Bone” Sloan and Terry Carter, 55, killing Carter and injuring Sloan. He had faced life in prison if found guilty, due to prior convictions.

Knight was ordered to stand trial in 2015. Since that time, his case has seen many turns, including multiple changes of lawyers and a number of instances during which the former rap mogul, 53, was hospitalized.

“By entering his plea, Knight also will resolve two other pending criminal cases. Knight was indicted for making criminal threats in August 2014. He also was charged for allegedly stealing a camera from a woman in September 2014,” the DA’s office added Thursday. “Those charges would be dismissed by a judge at sentencing.”