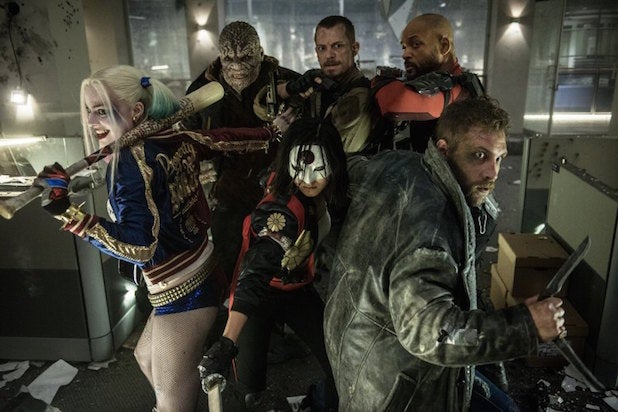 David Ayer is hearing all the negative reviews about his film “Suicide Squad,” and wishes he had a “time machine” to change a few things.

“Wish I had a time machine,” he wrote in a note on Twitter Saturday. “I’d make Joker the main villain and engineer a more grounded story. I have to take the good and bad and learn from it. I love making movies and I love DC [Comics]. I’m a high school dropout and used to paint houses for a living. I’m lucky to have the job I have. I have to give the characters the stories and plots they deserve. Real talk.”

The letter was posted in response to user @PensFanboy, who tweeted, “so thankful for suicide squad @DavidAyerMovies exactly the way it is. It’s a masterpiece, don’t let anyone tell you otherwise!”

The director added, “I know it’s a controversial film, I really tried to make something different, with a look and feel of its own. I took inspiration from the insanity of the original comics. Making a movie is a journey, not a straight line. I learned so much.”

Acknowledging the film “has its flaws,” he added that “nothing hurts more than to pick up a newspaper and see a couple years of your blood, sweat and tears ripped to shreds. The hate game is strong out there.”

“And no,” he concluded, “there isn’t a secret edit of the film with a bunch of Joker scenes hidden in a salt mine somewhere.”

“Suicide Squad” was widely panned by critics, who criticized the plot, directing and screenplay, although Will Smith and Margot Robbie’s performances received praise.