It could be a perfect storm.

Less than a year after the Screen Actors Guild finalized its contract with the studios — ending one of the most tumultuous rounds of labor negotiations in Hollywood history — the drama is already starting to build toward spring 2011.

That’s when four major guild contracts will expire. All at once. 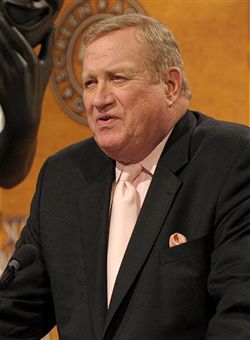 The current SAG and AFTRA primetime TV contracts end on June 30, 2011 — the same day the Directors Guild of America’s film and TV agreement times out.

A month earlier, the Writers Guild of America’s much-contested deal with the studios expires, too.

With the labor bodies beginning to assemble their respective negotiating committees, a broad swath of industry denizens, aversely affected by the last round of labor unrest nervously waits and watches.

“I want to know who these guys are who are going to drive us off a cliff this time,” quipped one high-level talent-agency operative to TheWrap.

The landscape will begin to take some shape this weekend.

On Saturday, an AFTRA organizational subcommittee is expected to recommend to the national board that the labor group join forces with SAG for the primetime TV talks.

At the same time, AFTRA officials will begin the work of assembling a negotiating committee for the next round of studio haggling.

Howard, whose election last fall spearheaded sweeping victories for SAG moderates, believes the highly acrimonious relationship that existed between the two labor groups cost them significantly during the last round of negotiations.

"It would be very good to put all the actors under one tent," Howard told TheWrap in November. "It would certainly provide us with more power at the bargaining table. We can’t be turned against each other that way."

Beyond the absence of heated dissonance between SAG and AFTRA, denizens on both sides of the negotiating table say the lead-up vibe to the upcoming talks is much different than it was during the combative run-up to 2007’s 100-day writers’ strike.

“We have to see how things shape up over the summer,” said an official close to Alliance of Motion Picture and Television Producers. “But it was so obvious in 2006-07 that things were coming to a head with the WGA. It was clear that you should probably start stockpiling."

"We’re not hearing the same kind of militant rhetoric these day," he told TheWrap. "People want to approach this in a much less confrontational way.”

Meanwhile, the volume of contracts being negotiated concurrently is not unprecedented.

“In 2008, we had eight contracts come up, so this won’t be quite as intense,” said an AFTRA official, noting the current SAG and AFTRA deals, among others.

That’s not to say the process will be a cakewalk, though. Logistics, for one, already have become an issue.

AFTRA, for example, will have to bump up negotiations for its “Exhibit A” contract – what it calls its primetime deal – from early next year to Oct. 1 if it wants to negotiate side-by-side with SAG.

Joint negotiations have been a stated priority for both SAG and AFTRA – and are a crucial stepping stone for what should be another attempt at merger by Hollywood’s two talent guilds.

But for AFTRA, bumping up the primetime negotiations to Oct. 1 creates a timing problem, since the labor organization had previously committed at that time to being in negotiations on a new “Network Code” (what it calls its contract for the broader spectrum of on-camera and off-camera news, reality-show and daytime TV talent).

That contract is set to expire Nov. 15.

“We are looking to make joint bargaining work,” said an individual close to AFTRA. “The only question is, how logistically does it happen.”