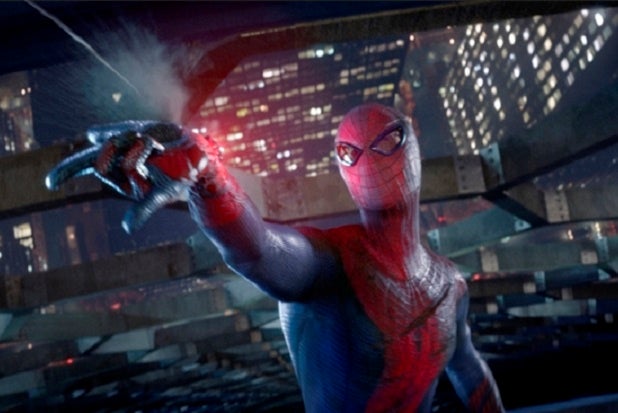 With the start of another summer movie season brimming with extravagantly budgeted tent-pole features, another group of potential “boy wonder” directors will roll the dice on lucrative and high status careers.

As “The Amazing Spider-Man 2’s” director, Marc Webb can attest, successfully helming a summer blockbuster can do wonders for one’s career. When Columbia took a chance on Webb for the first “Amazing Spider-Man” film, he had directed one small romantic comedy, “(500) Days of Summer,” with an estimated budget of $7.5

As a newbie director entrusted with a $230 million budget for only his second feature, and a potentially profitable franchise, Webb might seem like an anomaly, especially in a business in which executives regularly proclaim to be risk averse.

However, this summer other directors are standing on the same career-boosting yet precarious precipice that Webb did two summers ago. Another relatively inexperienced director, Gareth Edwards, is directing the latest incarnation of “Godzilla,” with an estimated budget of $160 million.

Prior to helming this feature, Edwards had directed a couple of television documentaries and only a single feature, 2010’s “Monsters,” with an estimated budget of $800,000.

For the directors, these are opportunities with a capital “O.” Summer tent-
pole features provide a high-profile chance for these helmers to prove themselves on the world stage as star-directors.

Part of their job will be promoting the films through countless interviews, and intentionally or unintentionally themselves, as they elaborate on how they encountered and conquered seemingly insurmountable challenges. If their films are even moderately successful, they will be elevated to “boy wonder” status.

In a business and larger culture in which visibility equals credibility, these directors will have ridden the express elevator to the top of the filmmaking world.

Not only do these individuals qualify as relative director neophytes, they also share a common demographic profile as white males. According to an analysis conducted by Lucas Shaw for TheWrap, this summer virtually all of the individuals directing films released by the major studios fit this description.

Members of this demographic group comprise 90% of the directors helming summer features released by Universal, Warner Bros., Fox, Sony, Paramount, and Disney, as well as Lionsgate and Relativity. The sole female is Lana Wachowski who is co-directing Jupiter Ascending with sibling Andy Wachowski.

A look at the year-round numbers reveals a similar gender myopia. In 2013, women accounted for 6% of directors working on the top 250 grossing films, according to the latest Celluloid Ceiling study.

Another possible, though frankly much less likely, path to career-making visibility, subsequent credibility, and the achievement of boy (or girl) wonder status, is through independent films and the publicity machine propelled by the ever-expanding awards season.

In the last few years, Michel Hazanavicius (“The Artist”), Benh Zeitlin (“Beasts of the Southern Wild”), Danny Boyle (“Slumdog Millionaire”), Kathryn Bigelow (“The Hurt Locker”), and Steve McQueen (“12 Years a Slave”) have all received copious amounts of press attention due to their Oscar nominations and other accolades.

However, the sea of independent features is vast. Unless a film and/or director have a relationship with the godfather of independent film himself (aka, Harvey Weinstein), their chances of enjoying the type of visibility a substantial marketing budget a studio film can buy aren’t good.

In most cases, an association with major studio features – even mediocre features — offers a surer and more direct path to wonderhood.

Traditionally, independent films have provided greater rates of employment for women than studio features. It is likely that institutional and industry biases, as well as financial considerations, are less likely to serve as barriers to their employment on independents.

These figures are stunning when one considers that women comprised a scant 6% of directors working on top grossing films in 2013. They indicate that there isn’t a dearth of women directors. Rather, there is a profound lack of opportunities for women to direct studio features in general, and summer tentpoles in particular.

When reporters ask film studio executives and producers why there aren’t more women directing these films, they frequently respond that women don’t find these types of opportunities attractive or desirable. They are simply not interested in huge opportunities that would launch their careers into the stratosphere. (Never mind that numerous established women directors have publicly voiced this desire in media interviews. )

As this logic goes, if women were interested, opportunities would materialize.

The unspoken assumption underlying this worldview is that the film industry is a meritocracy in which talent inevitably rises to the top. It is an illusion that those at the top of the hierarchy work hard to maintain.

An alternative explanation suggests that bias plays a role, and even women with proven track records as directors are left off lists of possible helmers for studio features, while males who have not directed a feature or have directed a single feature are considered.

In such a gender myopic culture, a male with less experience is preferred to a female with equal or more experience, and merit takes a back seat to the comfort provided by demographic similarity.

By the end of the summer, some directors of studio blockbusters will emerge as victors, be labeled as cinematic geniuses, and enjoy largely bullet-proof careers into some indefinite future, but Lana Wachowski is the only woman who has a shot at this type of career-boosting infusion over the next few months.

The vast majority of women who direct will have to take their chances in the lower profile and more crowded field of independent features, making for a longer and more uncertain journey to wonderhood.