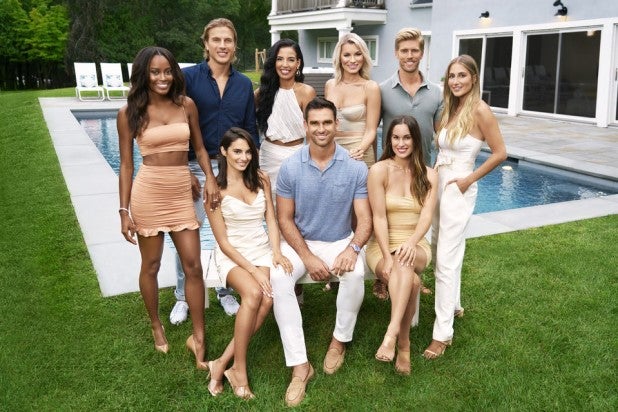 When the fifth season of “Summer House” returns to Bravo on Feb. 4, the premise — a group of friends sharing a house in the Hamptons — will be the same. But behind the scenes, things couldn’t be more different.

For the first time ever, the show was shot for six weeks straight in a COVID bubble (cast and crew were quarantined and repeatedly tested before filming began in late July). In previous seasons, the cast filmed on weekends but would return to New York City during the week, allowing them — and production — to come down from the drama before it built up again.

“I think that’s what turned it into a really special summer for our friendships and the show,” original castmember Kyle Cooke said of filming 24/7 with nine other castmates. “For the first time ever, we’re spending Monday through Friday together as friends and we get a glimpse into what other people do during the week. It had the tendency to turn into a pressure cooker because we didn’t leave.”

Also Read: How 'In the Same Breath' Director Got Multiple Camera Crews in Wuhan to Shoot COVID Doc (Video)

“Cleanliness is certainly NOT next to godliness for a lot of people,” he said with a laugh, without naming names.

One person Cooke surprisingly got along with was his fiancée, Amanda Batula, who moved in with him and joined his beverage company Loverboy prior to the pandemic. 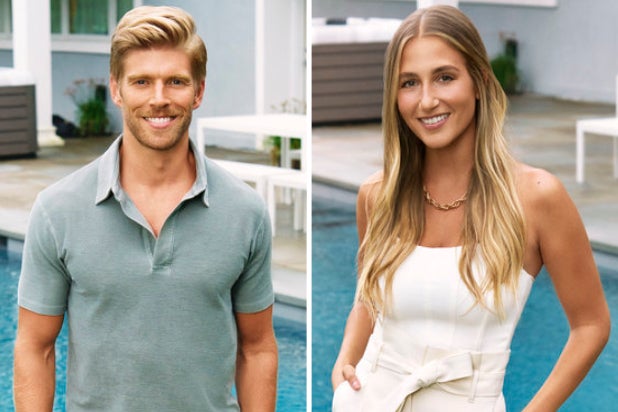 “Once lockdown hit, we were for better or for worse inseparable,” Kyle Cooke says of fiancee and castmate Amanda Batula (Photo: Bravo)

“We had an amazing summer together because we hit rock bottom a couple months prior,” Cooke admitted. “Dealing with all the work, the living together and not being able to go anywhere, the wedding, Season 4 airing — it was just a lot. We already had to build our relationship back up by the time we got there and I’d say for the first time ever, some of the drama, per see, wasn’t between me and Amanda. We were able to enjoy ourselves so that was a breath of fresh air.”

Despite his party-boy reputation, the thing Cooke was most worried about was keeping Loverboy running.

“That was the only source of anxiety. I worked literally every single day of the pandemic; I put in 70-80 hours per week,” Cooke explained. “I was just nervous about my ability to stay focused.

To that end, Cooke and Batula packed up most of their NYC apartment (they had to rent a U-Haul from New Jersey because so many residents were leaving the city during the height of the pandemic) and ran their business from the summer house.

Also Read: 'Sex and the City' Revival Will Be in a Post-COVID World, Sarah Jessica Parker Says

Of course, watching someone sitting at a laptop working or on a conference call about a supply chain issue doesn’t make for the most compelling TV.

In order to create a bubble around “Summer House,” the production footprint was reduced. Samton says “significantly” fewer cameramen were used and there was a greater reliance on the surveillance cameras that dotted the 9,000 square-foot property to capture any and every dramatic moment.

“In the best of circumstances, shooting a reality show is incredibly challenging: to get people to open up and be vulnerable and be comfortable in front of the cameras, and live their exciting lives as you’re watching, it’s already difficult. You do that with the challenge of COVID protocols, people getting tested all the time, limits on what they can and can’t do; for the production company, the amount of work that they put in to make the show happen is astonishing.”

“Then you edit the show and you realize the audience doesn’t actually want to see any of that. They don’t want to see how we made things safe. They want to see ‘Summer House’ being fun. And so the challenge of how we shot it versus the end product is just an incredibly impressive feat,” he added.

As for the cast, Samton echoed Cooke’s sentiments about how the pressure of filming for six straight weeks heightened the drama.

“The pressure of everything that was going on in the world pushed them to new heights: the fun was more fun, the drama was more intense, the emotion that exploded at times during the summer was a lot of what everybody was feeling; everybody is under all this pressure. Throw in cameras and throw in some of the life events that these people had to deal with made for a really intense summer.”

Get a sneak peek at some of that drama — including a wedding for Kyle and Amanda and new castmate Ciara Miller — below: