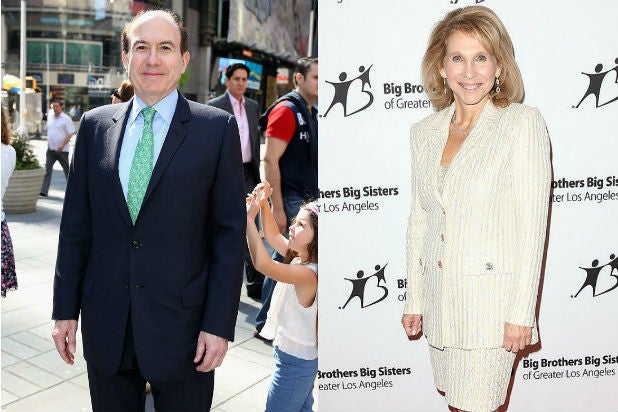 Sumner Redstone has removed Viacom CEO Philippe Dauman from the seven-person trust that controls the fate of Viacom and CBS in the event of his death.

The move further pits Dauman against Shari Redstone, the media billionaire’s daughter. Longtime trustee George Abrams has also been removed, according a spokesman for Viacom who confirmed Dauman and Abrams’ removal.

Also Read: Why the Sumner Redstone Trial Was a Sideshow - It's About Viacom

The removal of Dauman and Abrams from the trust puts Shari Redstone, who is also on the trust and vice chair of both CBS and Viacom, more securely in control of the family’s multi-billion-dollar empire once Sumner Redstone passes. Redstone is 92, and recently won a court victory that allowed him to keep Shari as his primary healthcare agent.

The remaining trustees are now: Norman Jacobs, Sumner’s divorce lawyer; and Leonard Lewin, an attorney who represented Redstone’s first wife, Phyllis, in her divorce from Sumner, Shari Redstone and her son lawyer Tyler Korff and David Andelman, another lawyer who has worked with the Redstone family and is on the CBS board.

Shari Redstone has been on a collision course with Dauman. In February, she made waves following her father’s resignation as chairman of Viacom and CBS by publicly opposing Dauman’s promotion to that title at Viacom given how enmeshed he was in the Redstone family trust and legal affairs.

In his statement denouncing his removal from the trust, Dauman said:

“These steps are invalid and illegal. They are a shameful effort by Shari Redstone to seize control by unlawfully using‎ her ailing father Sumner Redstone’s name and signature. As she knows and as court proceedings and other facts have demonstrated, Sumner Redstone now lacks the capacity to have taken these steps. Sumner Redstone would never have summarily dismissed Philippe Dauman and George Abrams, his trusted friends and advisors for decades.”

Reed Hastings, Sumner Redstone, Jeff Bewkes - What the Moguls Made in 2012 (Photos)

Who's up and who's down among the major media moguls

JEFFREY KATZENBERG (Up 33%): DreamWorks Animation had a dreadful end to 2012, as the failure of "Rise of the Guardians" led to an $87 million write-down. Yet Katzenberg's compensation jumped from $3.9 million to $5.2 million. Also read: 2012 Mogul Paydays: Why Jeffrey Got a Raise, Reed Took a Bath
View In Gallery