From Judd Apatow graciously posing for selfies the morning after attending daughter Maude’s opening night turn in “Other People,” Nick Jonas making the suite rounds with his castmates, and autograph hounds staked out at the Salt Lake City airport, Sundance is already well under way. 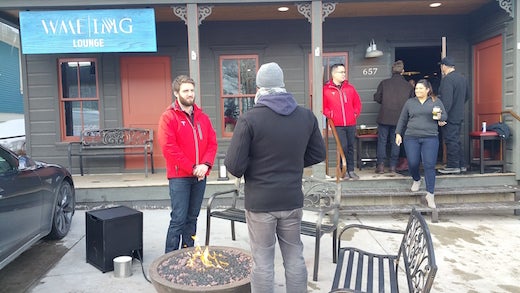 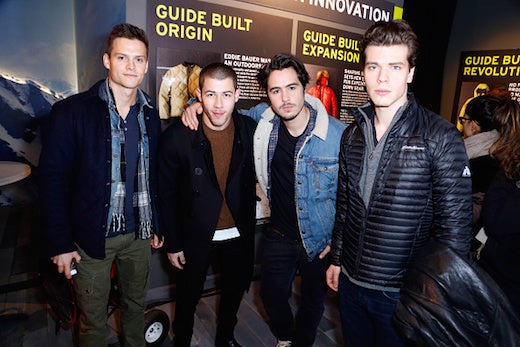 Nick Jonas has been in the business long enough to know the ropes: Day 1 of Sundance means a parade of interview and photo suites, with sponsor brands aiming to lasso a gift or picture too while the talent passes through.  Jonas and the crew from the much-discussed festival film “Goat” hit up the now media-centered Village at the Lift Friday morning. 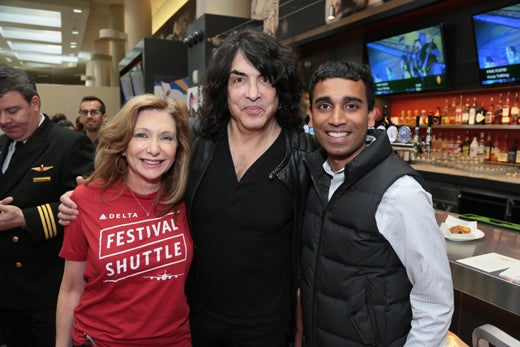 The first casual talent encounter occurred before 160 industry insiders jetted off to Utah together on the Delta Festival Shuttle. KISS rocker Paul Stanley joined the pre-flight brunch at the restaurant he co-owns inside LAX, Rock & Brews. Talent like Paul Scheer and Mary Elizabeth Winstead ate under murals of the painted-face rocker while the clean-faced real thing strolled the floor. 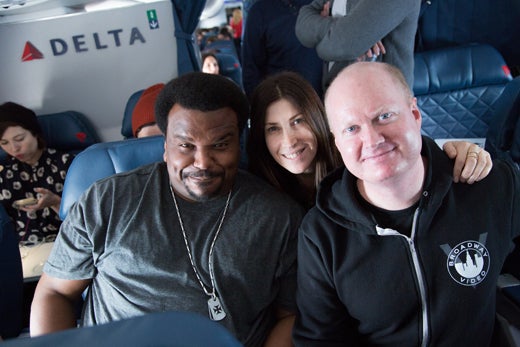 Enroute to Utah, hot title “Morris from America” director Chad Hartigan won a drawing for a One Year Delta Sky Club membership. The previous Sundance Audience Award winning-director’s actor Craig Robinson was up in first class sipping on a red drink. Matthew Mazzo (Lowercase Capital) was a big winner of two “Delta One” tickets to Shanghia, while “Funny or Die” production president Mike Farrah strolled back a few rows to congratulate colleague Joe Farrell on his win of pair of first class tickets to Mexico with a Westin Resort stay thrown in. From my aural perspective, people cheered more heartedly for their colleagues random-draw wins than they do at awards shows. 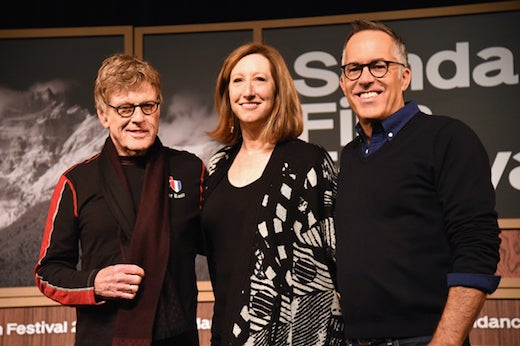 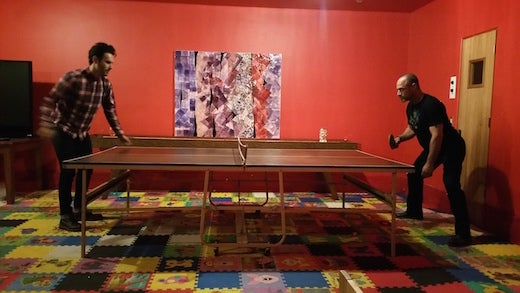 At an Operation Smile dinner party at Ken and Mimi Griswold’s estate (below), Chris Meloni only had eyes ms. Over oysters and mini-grilled cheeses, Meloni rocked both the pool table and a heated ping pong match. Movie maestro Ben Lyons, his fiancee Mariah Perkins and Harry Hamlin were amongst the guests at the annual Sundancsoiree. 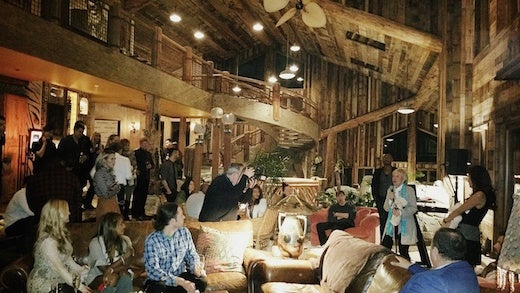 The “Uber of Helicopters” 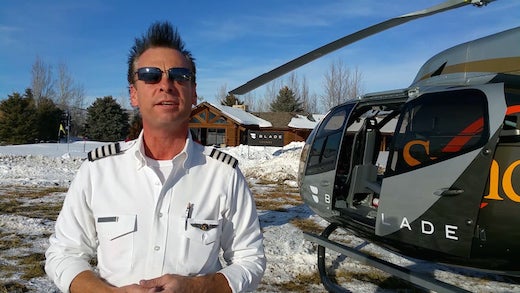 Blade, the so-called “Uber of Helicopters,” is bouncing VIPs from Salt Lake City airport to a lovely local woman’s 5-acre backyard in Park City in 15 minutes.

Those catching rides, Katie Couric and Brody Jenner are scheduled, can thank the industry-heavy team behind the sleek service which includes Eric Schmidt, Barry Diller and iHeartMedia CEO Bob Pittman. They will deliver Questlove to his gig DJ’ing the Michael Jackson documentary party at the Kia Supper Suite on Sunday night, which is also offering free on-the-ground transportation for celebrities. (PR reps, contact sabrina@a-listcommunications for a Kia Sorento car service in Park City.)