Actor Joseph Gordon-Levitt ("(500) Days of Summer") is among the 13 artists from six countries chosen to take part in New Frontier at the Sundance Film Festival’s 2010 edition. 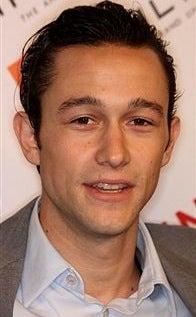 Sundance Film Festival senior programmer Shari Frilot said the works can be experienced at New Frontier on Main, open to the public from Jan. 21-30.

The 2010 edition of New Frontier also will feature a digital workshop for feature filmmakers, live panels, discussions with artists and live performances, as well as a DJ installation lounge and cafe.

"Creativity, innovation and experimentation are hallmarks of the Institute’s mission — in many ways best embodied in the work shown in the festival’s New Frontier section, " Sundance founder Robert Redford said in a statement. "I find it fascinating and illuminating to see the blend of art and technology presented by these filmmakers and performers."

"At a time when the film industry is undergoing a sea change, these exceptional artists navigate new directions of cinematic artistic expression and open portals to pioneering modes of independent production and exhibition," said Frilot. "The works this year are tactile, sculptural, physical and tangible, and engender the notion of the cinematic image breaking out of the screen and reintegrating with the world of living form."

For a sneak peak at the New Frontier works, go to the Sundance Film Festival website.