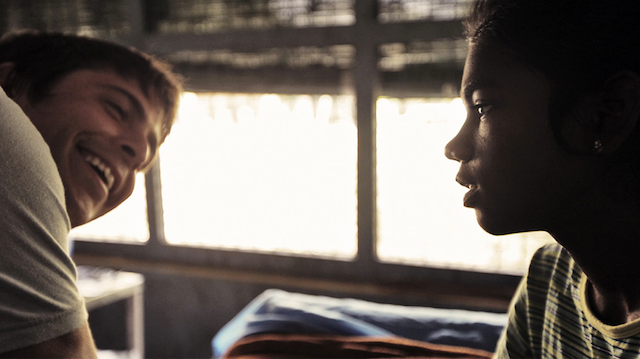 "Fruitvale" and "Blood Brother" took the top prizes at the 2013 Sundance Awards, announced during a ceremony Saturday night in Park City, Utah.

"Fruitvale" won the Grand Jury Prize among dramatic films, as well as the Audience Award for U.S. dramatic films. "Blood Brother" performed the same two-step on the documentary side.

Joseph Gordon-Levitt hosted the event, which honors the best films, performances and filmmaking of the festival.

This year appeared to have a wide-open field, as no one movie captivated the festival as “Beasts of the Southern Wild” did last year. That movie has garnered four Oscar nominations.

Also Read: Sneaky Sundance Winds Down in a Flurry of Deals and Buzz

Former Fox studio chief Tom Rothman predicted many wins down the lines for “Fruitvale,” Ryan Coogler’s dramatic retelling of the story of Oscar Grant, a 22-year-old Bay Area resident who was gunned down by a Bay Area Rapid Transit Police Officer on New Year’s Day 2009.

“This will not be the last time you guys walk to a podium,” Rothman said in announcing the award, which the jury praised for its “moral and social urgency.” That must have pleased the Weinstein Company, which acquired the film.

“For anyone out there who thinks for one second that movies don’t matter or can’t make a difference in the world, welcome the winner,” Rothman said.

Both of the night’s big winners took on important social topics. Steve Hoover’s “Blood Brother” tracked Ricky Braat, who becomes enamored with helping at an AIDS orphanage in India. No distributor has yet picked up the movie, which Preferred Content and WME are selling.

Also Read: How Fox Searchlight Made the Biggest Deal at Sundance: $9.75M on an Egg Sandwich

The other top prizes, among the dozens handed out on Saturday night, were spread around.

“This film is about family,” Mam said at the ceremony. “It’s not just about globalization, overdevelopment, overfishing or debt. It’s about our connection with each other. Events like these really bring our communities together.”

“The Square” took the audience award in that category, prompting the filmmaker to thank the people who lost their lives during the revolution in Egypt.

"This is Martin Bonner," Chard Hartigan's movie about two men who forge an unlikely friendship, took the Audience Award for the NEXT category.

Other notable winners included Jill Soloway, a veteran TV writer who won a directing award for “Afternoon Delight,” and Miles Teller and Shailene Woodley, two actors on the rise who won a joint award for their performances in James Ponsoldt’s “Spectacular Now.”

Best of NEXT Audience Award – “This is Martin Bonner”