It will make its cable debut a mere five days later. 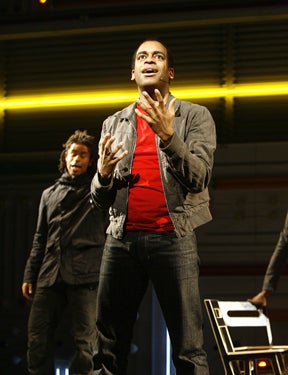 The film, which premiered at the 2009 Sundance Film Festival, is one of six titles that will launch Sundance Channel’s new video-on-demand service on Aug. 26, Sundance Select, the company announced Monday.
The other titles are "Mary and Max" from Australian director Adam Elliot; "Unmade Beds" from Alexis Dos Santos; and documentaries "Complete History of My Sexual Failures," "Kassim the Dream" and "Nick Nolte: No Exit."

At launch, the service will feature one premiere title a month on demand, with plans to increase the offering to two premiere titles each month.

Festival founder Robert Redford said he would be instrumental in programming the channel.Reaching 50 million households, Sundance Select will be available on Comcast, Cox and Cablevision systems. The channel is owned by Cablevision unit Rainbow Media Holdings.

“Passing Strange” actually was developed at the Sundance Institute Theater Lab, in 2004 and 2005. It premiered in 2006 at the Berkeley Repertory Theater in 2007, then moved off-Broadwy. It opened on Broadway in 2008 and won three Drama Desk awards, for outstanding musical, musc and lyrics.


“The hallmark of the Sundance brand is creating an environment of discovery, for both artists and for audiences,” said Sundance founder Robert Redford in a statement. “Sundance Selects is a perfect complement to this mission.”

Added Spike Lee, “It makes sense that “Passing Strange: The Movie” will launch Sundance Selects, as Stew and Heidi Rodewald, the original musical’s co-creators, developed the project at the Sundance Theater Lab and Director Lab.  I’m pleased to work once again with Robert Redford, and with the Sundance Channel, on the launch of this new service.”