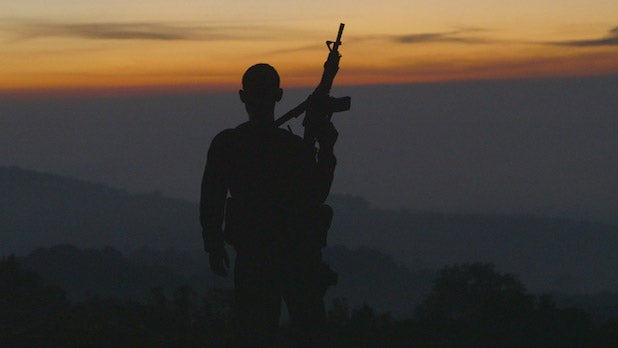 The Orchard has acquired North American theatrical and digital rights to Matthew Heineman’s documentary “Cartel Land,” which premiered last month at Sundance where Heineman received the Directing Award and Special Jury Award for Cinematography in the U.S. Documentary Competition.

The Orchard will release “Cartel Land” in theaters later this year.

With unprecedented access, “Cartel Land” is a harrowing look at the journeys of two modern-day vigilante groups and their shared enemy — the murderous Mexican drug cartels.

In the Mexican state of Michoacán, Dr. Jose Mireles, a small-town physician known as “El Doctor,” leads the Autodefensas, a citizen uprising against the violent Knights Templar drug cartel that has wreaked havoc on the region for years. Meanwhile, in Arizona’s Altar Valley — a narrow, 52-mile-long desert corridor known as Cocaine Alley — Tim “Nailer” Foley, an American veteran, heads a small paramilitary group called Arizona Border Recon, whose goal is to stop Mexico’s drug wars from seeping across our border.

Heineman embeds himself in the heart of darkness as Nailer, El Doctor, and the cartel each vie to bring their own brand of justice to a society where institutions have failed. “Cartel Land” is a chilling meditation on the breakdown of order and the blurry line between good and evil.

“’Cartel Land’ has been a wild adventure to make and unfolded in a way that I could never have predicted,” said director/producer Matthew Heineman. “I’m thrilled that The Orchard has joined the team and will be bringing our story about the conflict between idealism and violence to a broad audience.”

“‘Cartel Land’ is an impressive, dramatic film that takes hold and doesn’t let go until the final gripping moments,” said Paul Davidson, The Orchard’s senior VP of film and TV. “Having the opportunity to share Matt’s film with audiences and partner with A&E IndieFilms on the release is a rush for all of us.”

“After an incredible reception at Sundance, we are looking forward to partnering with The Orchard to share this captivating film with theatergoers around North America,” added Molly Thompson, senior VP of A&E IndieFilms. “Matt’s brilliant film explores a world filled with fascinating characters and an unbelievable story with unexpected twists and turns.”

The deal was negotiated by Danielle DiGiacomo of The Orchard and Linzee Troubh and John Sloss of Cinetic Media on behalf of the filmmakers.