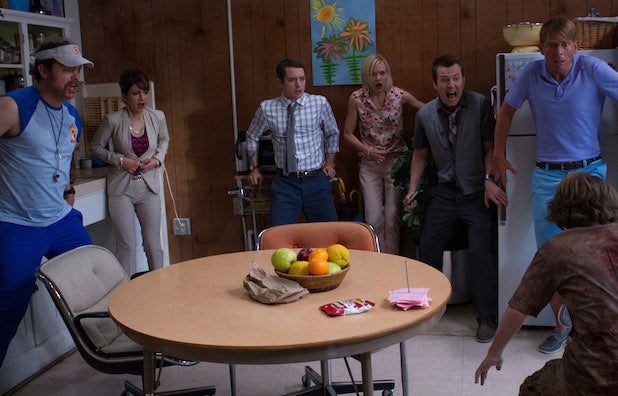 Lionsgate is in negotiations to acquire North American distribution rights to the horror-comedy “Cooties,” which stars Elijah Wood, Rainn Wilson and Alison Pill as teachers who must fend off a school full of blood-thirsty students, an individual familiar with the dealmaking process has told TheWrap.

The deal is for between $1 million and $1.5 million according to a “Cooties” insider, though a representative for Lionsgate had no comment.

Jonathan Milott and Cary Murnion directed the film, which Wood produced through his SpectreVision banner along with Daniel Noah and Josh Waller. The company also has “A Girl Walks Home Alone at Night” debuting at Sundance.

Leigh Whannell co-wrote the script with Ian Brennan, and both writers co-star in the film, which premiered exactly 10 years after Lionsgate bought the Whannell-scripted horror film “Saw.” The film debuted Saturday in front of a packed house at the Egyptian.

Paradigm is negotiating the deal on behalf of the filmmakers.