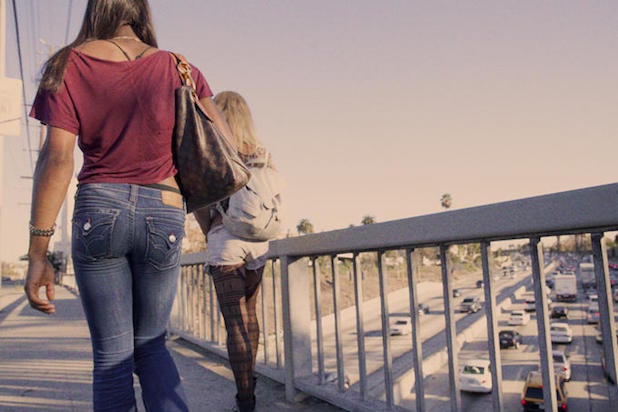 The Duplass brothers executive produced the film, which was produced by Through Films and Baker’s longtime collaborators Darren Dean and Shih-Ching Tsou.

Magnolia will grant a traditional theatrical release nationwide later this year. The film premiered in the NEXT section at Sundance on Friday and has been well-reviewed.

Taylor and Rodriguez make their feature debuts in the film, which co-stars James Ransone and Karren Karagulian.

Baker co-wrote the script with Chris Bergoch, premiered in the NEXT section at Sundance on Friday and has received universally positive reviews.

This is the second Sundance acquisition for Magnolia, as the the company also acquired Andrew Bujalski’s “Results” starring Guy Pearce and Cobie Smulders.

“The ‘Tangerine’ team is overjoyed to find a home at Magnolia Pictures and are humbled to be a part of their roster of prestigious, bold and forward-thinking films,” said Baker. “I’m personally thrilled that Magnolia recognizes the theatrical potential of ‘Tangerine.’ Audiences will have the chance to see it on the big screen, the way it was intended to be experienced.”

“It’s got as many laugh-out-loud moments as any film I’ve seen in years, along with heart and empathy. Sean Baker is an incredibly talented filmmaker, and the ensemble cast is a revelation,” said Magnolia president Eamonn Bowles.

“Starting with ‘Humpday,’ Magnolia has proven to us over and over again that genre and marquee names don’t mean everything in indie film, and that they will passionately get behind a wild movie like Sean Baker’s ‘Tangerine’ simply because it is unique, inspired, and flat out entertaining,” Jay and Mark Duplass said in a joint statement.

“’Tangerine’ is a bold and energetic film and Magnolia’s creativity and passion for cinema make them the perfect partner. This is such a special film for us and we are confident they will take great care of it as it finds its way into the world,” added Through Films’ Karrie and Marcus Cox.

The deal was negotiated by Magnolia SVP of acquisitions Dori Begley and director of acquisitions John Von Thaden with Jessica Lacy at ICM Partners and Josh Braun of Submarine on behalf of the filmmakers.