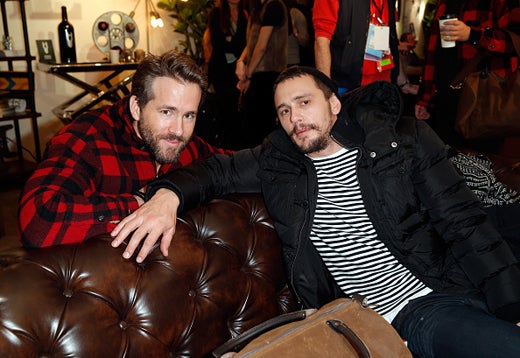 Joe Scarnici
Ryan Reynolds and James Franco do the squat-and-huddle at the Dockers space. 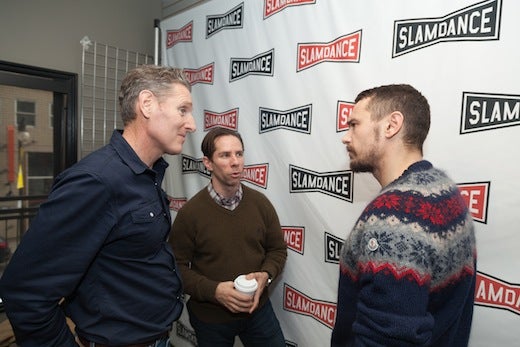 Courtesy of "Slamdance"
Days later, Franco remains in town longer than anyone. On Thursday, Slamdance President and Co-Founder Peter Baxter and critic Scott Foundas joined him as he led a "Coffee With..." event. It led in to the world premiere/closing night film  "Yosemite," an adaptation of three of Franco's short stories. 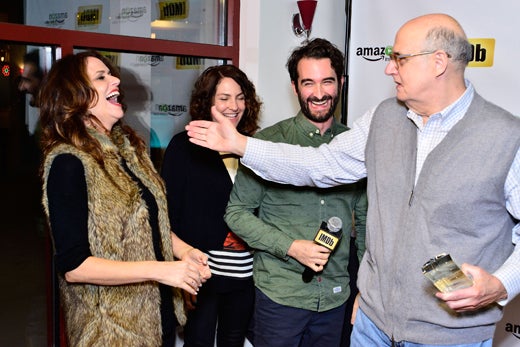 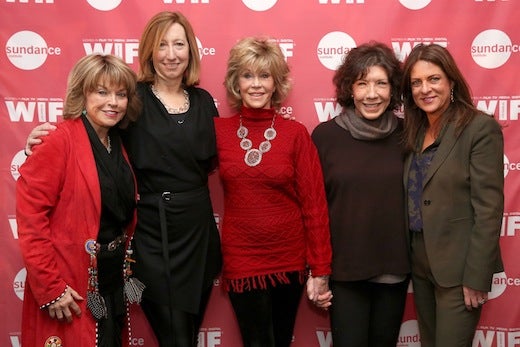 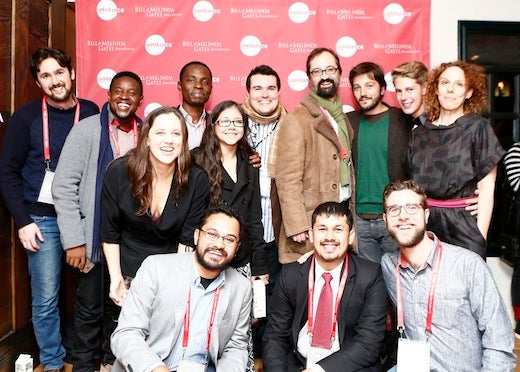 Ryan Kobane
From 1,387 entrants worldwide, these are the winning filmmakers from the Sundance Institute Short Films Challenge, put on by the Bill and Melinda Gates Foundation. Their films tackling social issues will debut on digital platforms next week. Entries came via Tongal.com. 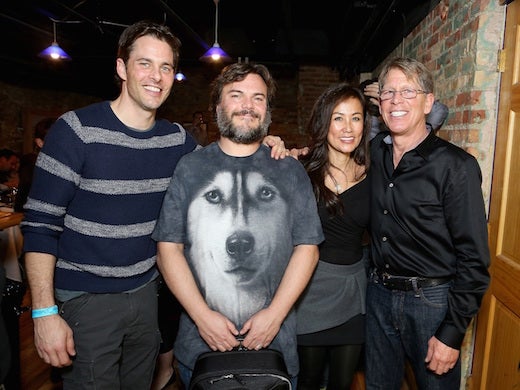 Tiffany Rose/Getty Images for Chefdance
Jimmy Marsden and Jack Black met the forces behind Chefdance, Mimi Kim and Kenny Griswold at the dinner series. The company that delivers high-end meat to swank L.A. eateries, Premier Meat Company, did the same for Chefdance this year. 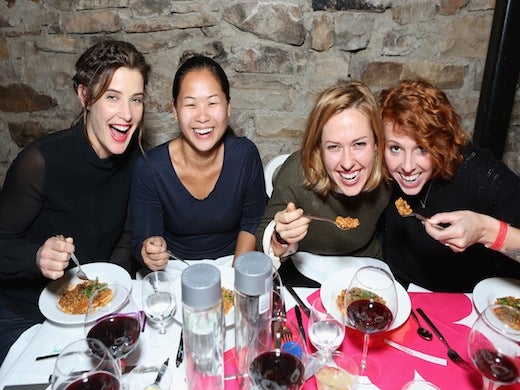 Tiffany Rose/Getty Images for Chefdance
Cobie Smulders and friends took over the basement of 427 Main for Chefdance after TheWrap packed up our interview lounge during the day. 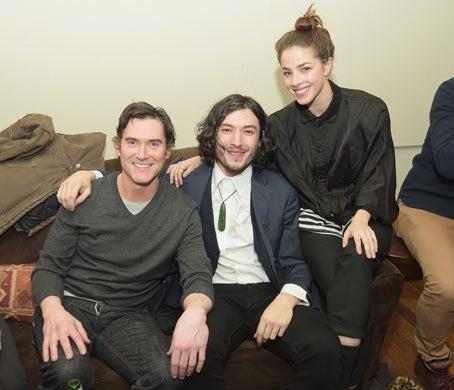 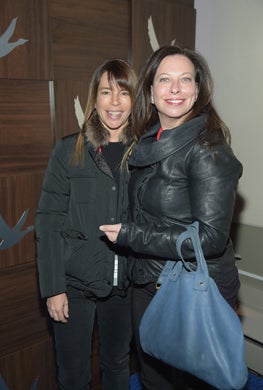 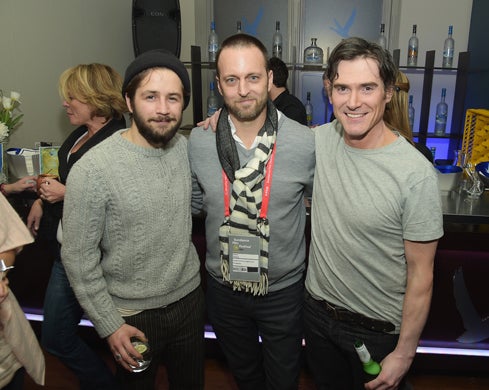 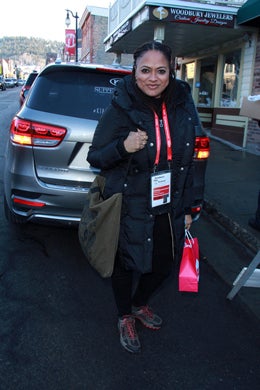 Daily Celeb
"Selma" director Ava DuVernay, who broke big by winning the Sundance Best Director award in 2012 with "Middle of Nowhere", traveled with TheWrap's party partner, in a Kia Sorento. 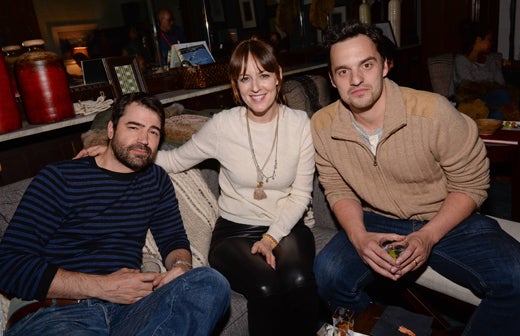 Evan Agostini/Invision
A few blocks down at the blue behemoth Chase Sapphire building, Ron Livingston, Rosemarie DeWitt, and Jake Johnson caught a breather during the "Digging For Fire" Sundance tour on Monday. 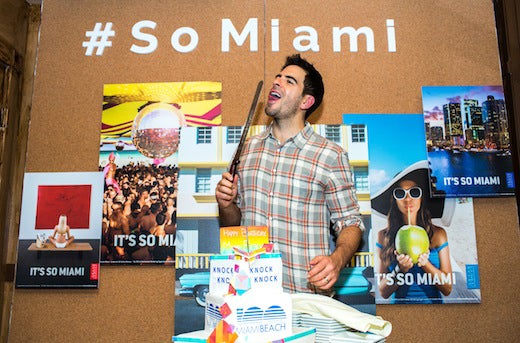 Ben Draper Photography
Before his team carved up a deal for "Knock Knock", Eli Roth carved up a 100th birthday cake for Miami at a dinner party aiming to bring productions to south Florida, sponsored by Deleon Tequila. 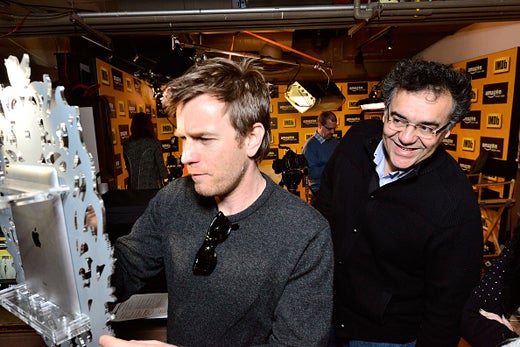 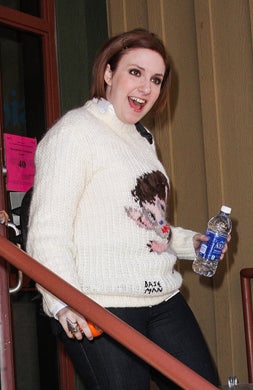 John Parra/Getty Images for Columbia
Lena Dunham got her break at SXSW. Now she's shot making arrivals and departures from the Village at the Lift. 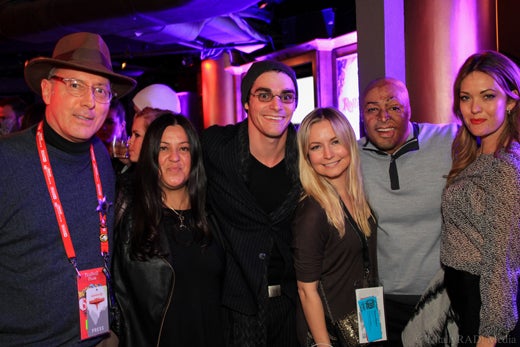 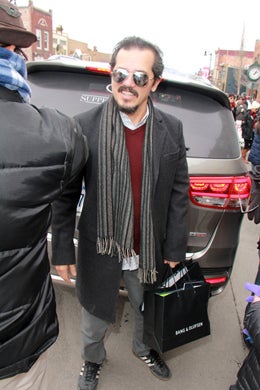 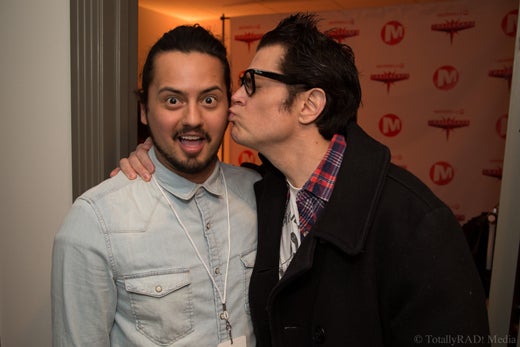 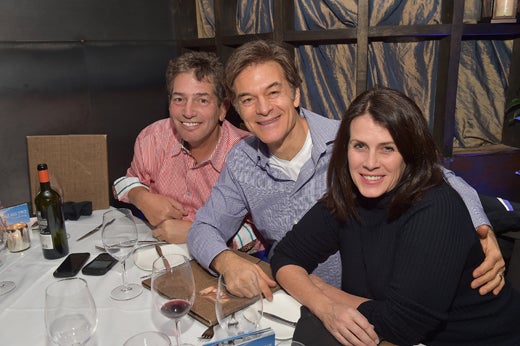 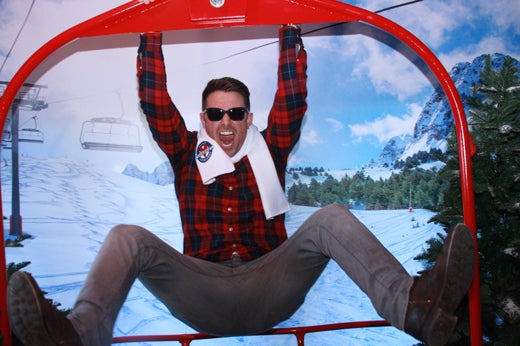 Siri Elaine
Jonathan Bennett's body language says: "I will break your photo-opp chair lift, Vuarnet!". They still swagged him out with shades anyways. 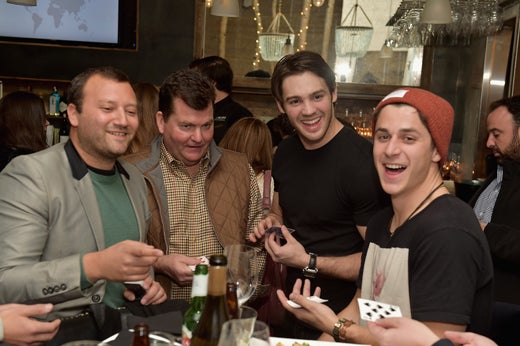 Gustavo Caballero/Getty Images
Steven R. McQueen and David Henrie got David Blaine'd by a roving magician at Nikki Beach. After the heavy presence at Cannes on the beach, in Park City, the party spot took over the Riverhorse On Main, visible as the huge white deck. 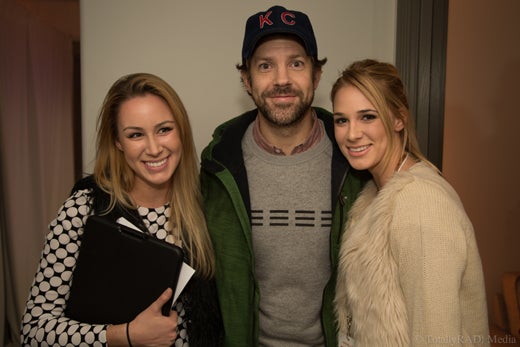 Totally Rad Media
Jason Sudekis gets viced by the Ashbys - Sarah and Ashlyn. 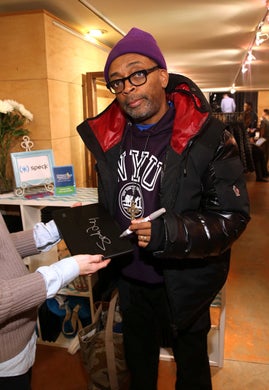 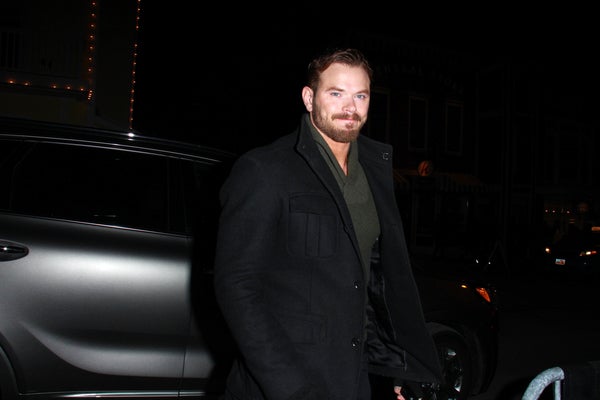 Dave Edwards/DailyCeleb
The man who said yes to every invitation and offer everywhere, and is actually also in a movie at Sundance ("Experimenter") spent part of that time going from the slopes, to dinners, to suites, to parties, to interviews in a Kia Sorento. 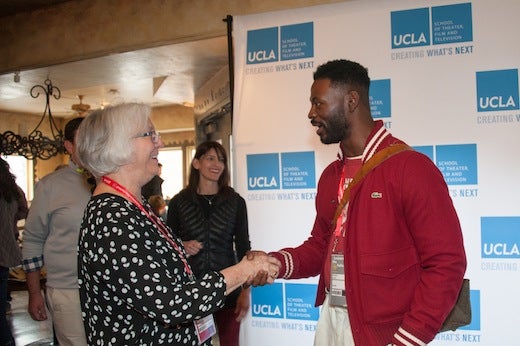