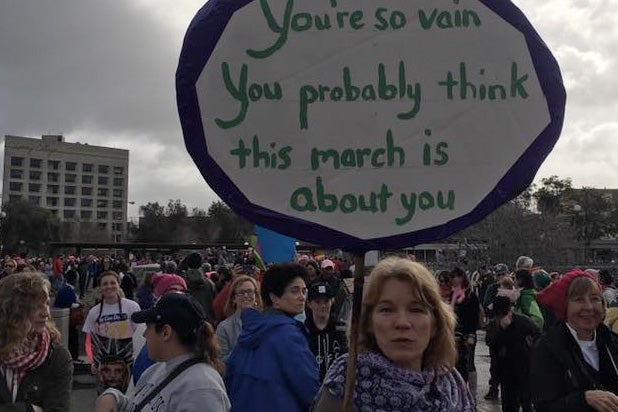 With year two of the Women’s March kicking off across the U.S., Utah’s “Respect Rally” will be taking place on Saturday with a host of celebs and activists who are in town for the Sundance Film Festival.

Jane Fonda, Common, Tessa Thompson and Common, among others, will be in attendance at the rally in Park City, calling it “an opportunity to celebrate countless community victories in 2017 and encourage activism throughout the coming year.”

Salt Lake City Mayor Jackie Biskupski, Gloria Allred and GLAAD President Sarah Kate Ellis will also be on hand. The Event just started at 10 a.m local time, running until 11:30 a.m. Five thousand are expected to attend despite the 23 degree weather and more than a foot of snow that continues to fall.

You can catch the live stream on Senator Jim Dabakis’ Facebook feed below.