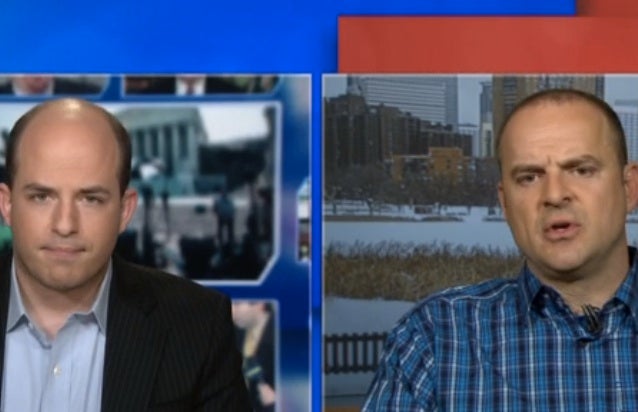 A day after Brian Williams announced he’s stepping away from NBC “Nightly News” for several days, the Sunday morning news shows covered the controversy that swirled around Williams this week regarding his false Iraqi helicopter story.

On ABC’s “This Week” with George Stephanopoulos, the panel focused on whether NBC’s investigation can actually work .

“I think it’s the right move, I think it’s a few days late,” said Liz Spayd, editor of the Columbia Journalism Review,regarding Williams’ leave of absence. She also urged the network to enlist an outside investigative team to look at discrepancies in Williams’ Iraq story. “I don’t think there’s going to be enough credibility attached to that kind of investigation [an internal investigation].”

“They called it a review inside NBC News — I’m not sure internally at NBC they’ve gotten to that point emotionally or mentally,” NPR media correspondent David Folkenflik said regarding NBC News not yet understanding the gravity of the situation.

On CNN’s “Reliable Sources,” Brian Stelter spent the majority of his program on the Williams controversy. He first interviewed Don Helus, the pilot of Enterprise, Alabama, which was the Iraqi helicopter actually shot down by RPG fire in 2003. Helus wrote to MSNBC.com years after the incident to say Brian Williams was not on their flight, but didn’t hear back.

“I try to keep an unbiased opinion about him,” he said, noting there are “embellishers” in the military just like in the civilian community. “It saddens me that you have so many other combat journalists out there that are in that type of situation. You know, seeing those things happen. More than likely, they probably don’t tell the story like that, you know, with embellishment.”

Stelter also interviewed Chief Allan Kelly, the pilot of the helicopter Williams was on. During Williams’ on-air apology, he clarified he wasn’t on the helicopter that was shot at, but behind it.

“We were not within visual range of them [the Chinook helicopter shot down]. They would have to be almost on top of us with the sand storm we were flying through to get up there,” Kelly said.  He said he doesn’t make any judgments on Williams’ conflating which helicopter he was on.

“I think it’s possible [that Williams conflated the story], but what has struck me in this whole story is that one of the beliefs of people who really are hostile to mainstream media — that wagons get circled and the elite protect their own — boy has that not happened,” The Daily Beast Columnist Jeff Greenfield told Stelter, “There has not been any notion of giving Williams the benefit of the doubt.”

Over on Fox News, Howard Kurtz examined Williams’ “credibility crisis” with his panel.

“Why would you trust anything this man says?” Zurawik implored.

Watch Stelter’s interviews with both pilots below.