Suni Lee, the Olympic gold-medal winning gymnast, says she was the victim of a racist attack in Los Angeles during which she was pepper sprayed.

Lee, who is a contestant on “Dancing With the Stars” and was the first Hmong American to compete in the Olympics, told Popsugar this week that while she’s been in L.A. to film the show she and a group of friends — all of whom were of Asian descent — were screamed at by a group of people who sped by in a car.

The people, Lee said, shouted racist phrases and told her and her friends to “go back to where they came from,” Popsugar reported. One of them sprayed her arm with pepper spray as the car drove away, Lee said. 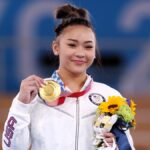 “I was so mad, but there was nothing I could do or control because they skirted off,” she told the outlet. “I didn’t do anything to them, and having the reputation, it’s so hard because I didn’t want to do anything that could get me into trouble. I just let it happen.”

Attacks on Asian Americans have been on the rise since the onset of the COVID-19 pandemic, which brought with it misconceptions and misinformation about Asia and the content’s role in the origins and spread of the virus. According to Stop AAPI Hate, there were more than 9,000 incidents from March of 2020 to June of 2021.

Lee noted that because she grew up in a tight-knit community full of Hmong American families, it has been hard for her to understand such hateful behavior.