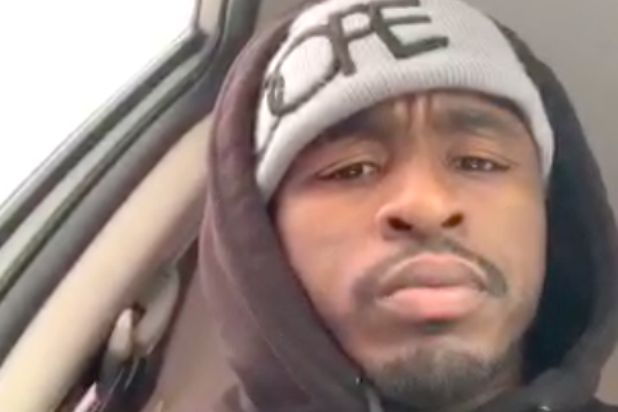 “As of today, I’d like to officially announce that I quit f—ing WWE,” Hardie Jr. said in a Twitter Live video on Wednesday. “I am no longer an employee. I refuse to work for racists.”

Technically, wrestlers signed with WWE are not employees, they are independent contractors.

“I f—ing quit, f— them,” Hardie Jr. continued. “I hate that f—ing company and everything they f—ing stand for. All they did was ever hold our f—ing people back. I do this s— for the culture, I don’t need anyone’s f—ing permission to do what I wanna do.”

Jordan Myles was the wrestler’s character name in WWE. TheWrap reached out to WWE for comment on the matter, but we did not hear back.

Hardie Jr. has since deleted this Twitter page and thus the video, but readers can still watch it at NoDQ.com.

Last month, Hardie Jr. publicly called out WWE for designing what he believed to be a “Sambo” doll-style t-shirt as his for-sale merchandise. WWE said that Myles “approved” the t-shirt design.

“Albert Hardie Jr. (aka Jordan Myles) approved this t-shirt for sale,” a WWE spokesman said in a statement at the time. “As always, we work collaboratively with all of our performers to develop logos and merchandise designs and get their input and approval before proceeding. This was the same process with Albert, and we responded swiftly once he later requested that the logo/t-shirt be redesigned.”

“No t-shirts were sold,” WWE added.

Read more about the situation — and see the t-shirt — here.