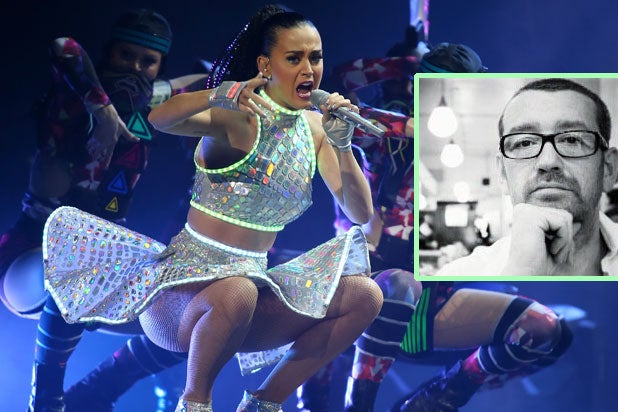 While the outcome of Super Bowl XLIX is impossible to predict, Katy Perry‘s halftime show has been meticulously planned by director Hamish Hamilton since last offseason.

The highest-profile musical performance of the year is going to be “big, bold, ambitious and very different than any of the Super Bowls I have been involved in,” Hamilton told TheWrap.

“Katy is unlike like any artist. She’s brought her own personality, flair and humor to the halftime show,” he said, telling fans to expect the unexpected: “There are always surprises at Super Bowl!

“The plan is to put on a fantastic show that entertains the great American TV audience,” said the British-born director. “It’s a triumph of bringing lots of people, technology, ideas, creative, scientific and logical minds together.”

While Hamilton can’t reveal exactly what the surprises are, as details of the spectacular are always a closely-guarded secret until game time, he did say that the colorful “Roar” singer’s style paced the creative direction of the show.

The planning process for the show is longer than the NFL season, stretching over six to seven months. And just as the game differs depending on who’s playing, the halftime show’s concept is different every year depending on the artist performing.

“ team really drives the initial ideas and they are embraced by the Super Bowl creative team,” he explained. “We then inject our ideas, expertise and thoughts into it.”

As for which of her hits Perry will perform, “I think she releases her set list as she plays it, so we’ll see what she does.”

February is a very busy month for Hamilton. Along with directing the biggest sporting event of the year, he’s also set to direct Hollywood’s biggest night — the 87th Academy Awards.

“Both shows are very different — the Super Bowl halftime show is 12 minutes of turbocharged, adrenaline-filled mayhem. The Oscars are three hours of glamour and emotional speeches,” he said. However, they’re also “quite similar in a way as they are significant global events and both have huge numbers of people who sit down together to watch. The expectation is very similar and the pressure is the same. It is amazing that I get to work on both,” as he also did in 2014.

“The Oscars are different because you don’t know who is going to win, the story is unfolding as the announcements are made and you are trying to tell it as it’s happening. With Super Bowl, you rehearse it a number of times and hopefully it should be very similar each time  — you have got to be very precise in the way you cover it.”

While the Patriots and Seahawks won’t have to deal with cold weather and potential blizzards like last year, when Bruno Mars performed at MetLife Stadium in East Rutherford, New Jersey, every location poses different challenges. “The size of the tunnels in the stadium have a huge impact on the show, as it’s a logistical exercise getting a large amount of people out onto the stage and the grass at one time,” said Hamilton.

“If the stadium has fat tunnels that is great; if they are skinny and winding then that can be a problem.” University of Phoenix Stadium in Glendale, Arizona, has “moderate ones that are neither too big or too small.”

However, the “curious thing is the grass is on three-foot rollers and gets rolled out in the day and sits in the sun,” he said, describing the home of the Arizona Cardinals, which is the first fully retractable natural grass playing field in North America. “So everything [for the show] has to be at a three-foot incline because the grass is on a trundle.”