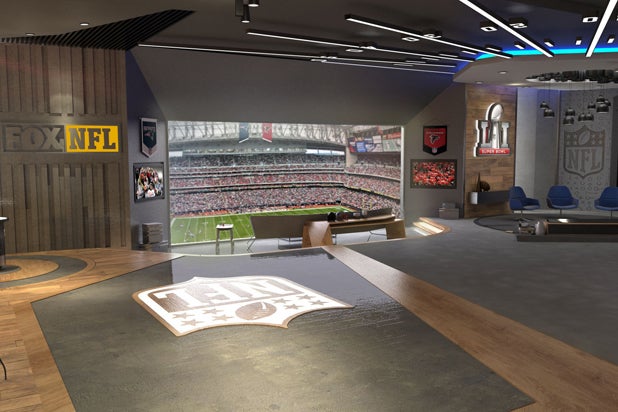 Millions of Americans watch the Super Bowl through beer goggles, but this year the big game is also going to be viewable through a different sort of eyewear: virtual reality headsets.

To mark Sunday’s matchup between the New England Patriots and Atlanta Falcons, Fox Sports is delivering a virtual reality highlight package of the game, available through the company’s Fox Sports VR app, which is powered by LiveLike.

Fans can log into the app using authenticated credentials from their TV provider, where they will enter an immersive VR environment set in a “virtual suite,” with six camera angles to choose from. From there, viewers can check out the 20 “most exciting” highlights uploaded in close to real-time, with a timeline that makes it easier to navigate through them. And while the app works with Samsung’s Gear VR or Google Cardboard headsets, Fox Sports and LiveLike have also developed a 360-degree view that doesn’t require any special equipment whatshowever.

Fox Sports and LiveLike made their first VR football broadcast a September college matchup between Ohio State and Oklahoma, and they’ve since broadcast other college football games as well as December’s MLS Cup soccer championship game. But this is the first time they’re bringing virtual reality to what’s perennially America’s most-watched broadcast.

“I believe this will be the first of many Super Bowls broadcast in VR, making February 5th a historic day for both LiveLike and for the larger VR industry as a whole,” Miheer Walavalkar, LiveLike’s co-founder and chief business officer, said in a statement. “I can’t imagine a better way for us to potentially introduce millions of people to VR than literally the biggest entertainment event on the planet.”

“We are thrilled to bring what we believe is the most innovative sports viewing experience to the Super Bowl via the FOX Sports VR app,” Michael Davies, FOX Sports’ senior vice president of field and technical operations, said in the statement. “The LiveLike platform helps us bring viewers inside the stadium for the best moments throughout the game and replay them from the six different camera angles in virtual reality.”