The weather outside was frightful, but the Super Bowl was so delightful …

Guaranteed to be the coldest Super Bowl week on record, the cold temperatures aren’t going to deter Hollywood stars and sports personalities from flocking to Minnesota, Minneapolis, ahead of Super Bowl LII on Feb. 4.

This year features Tom Brady and the New England Patriots (again!) taking on Nick Foles and the Philadelphia Eagles in a Super Bowl XXIX rematch. The Pats won that 2005 game in a 24-21 nail-biter, and only time will tell if history repeats itself.

But long before the first snap is taken in U.S. Bank Stadium — which thankfully has a fixed roof so will be warm and cozy inside — Maxim, DirecTV, Bootsy Bellows, Playboy, Rolling Stone and a slew of other parties will attract some of the biggest stars in the sports and entertainment worlds to Minneapolis.

TheWrap will be there, once again, bringing behind-the-scenes insight from the hottest parties, the most exclusive events and, of course, the Super Bowl itself as 40-year-old Brady tries to make history by earning himself a sixth ring.

Check out all the hottest invites for the weekend of Feb. 1-4 leading up to kick off at 3:30 p.m. PT on Super Bowl Sunday. 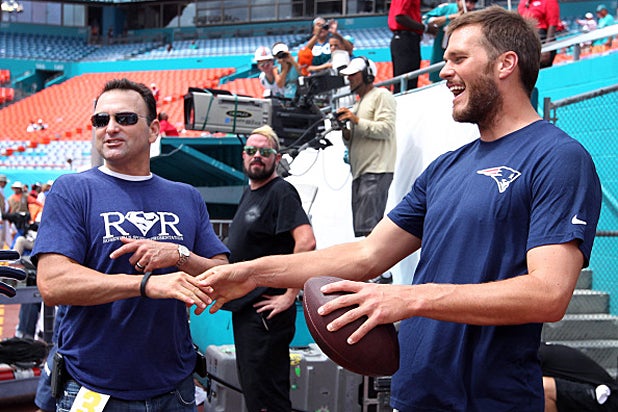 “After celebrating 50 years of Rolling Stone in 2017, we are delighted to kick off the new year with our 7th annual event during the biggest weekend in football with the hottest name in hip-hop today — Migos,” said Michael Provus, Chief Revenue Officer, Rolling Stone. “We’re thrilled that Mercedes-Benz has returned as our presenting sponsor this year in association with TIDAL to enhance this evening for our guests.” 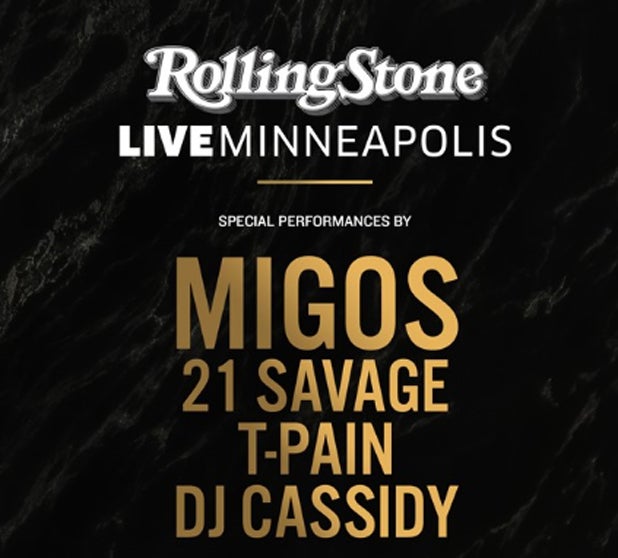 Mercedes-Benz will be onsite showcasing some of the brand’s newest vehicles including the highly anticipated all-new 2019 G500 alongside two of the fastest vehicles in the line-up, the Mercedes-AMG GT R and Mercedes-AMG GT C Roadster — and a few lucky guests will get a ride to the party in style.

No word yet on if guests will be fed burgers from the family restaurant chain, Wahlburgers.

The h.wood Group “Big Game Experience”
Friday, Feb. 2; 11 a.m.-2 a.m.
The h.wood Group’s Bootsy Bellows, IFA and ELEVATION Sports Marketing’s “6th Annual Big Game Experience” is so big that it stretches over three events. The festivities kick-off at 11 a.m. at the The Machine Shop at 300 2nd St. SE with the “Inside the Game: Insider Hall of Fame” luncheon and Q&A panel hosted by ESPN’s Mike Greenberg and Sam Ponder, and featuring NFL stars Adam Thielen, Jerome Bettis and Ray Lewis. 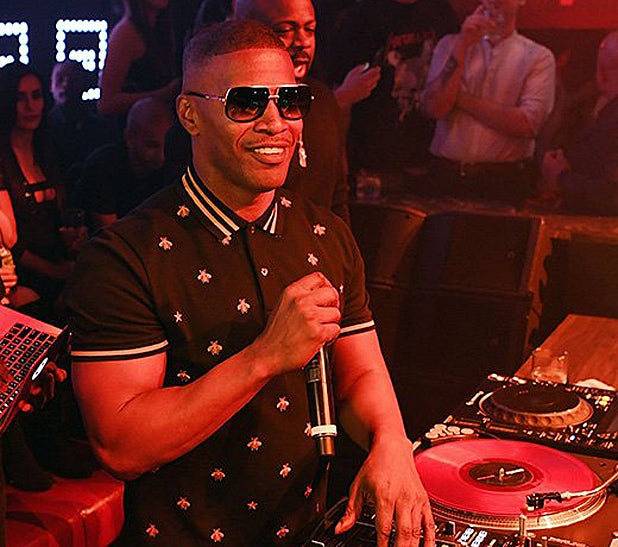 Next up is the “Foxx & Friends Dinner,” as in Oscar-winner Jamie Foxx (above), with his friends including the biggest man in the basketball, Shaquille O’Neal (a.k.a. DJ Diesel) on the decks. 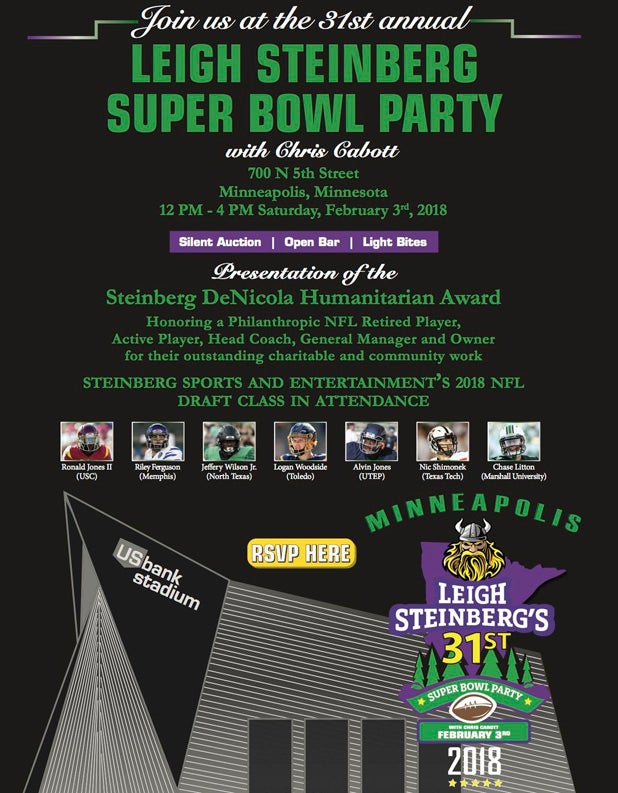 This year’s party includes the presentation of the Steinberg DeNicola Humanitarian Awards, which recognize individuals in the NFL family for outstanding contributions to community issues and the welfare of their fellow man. 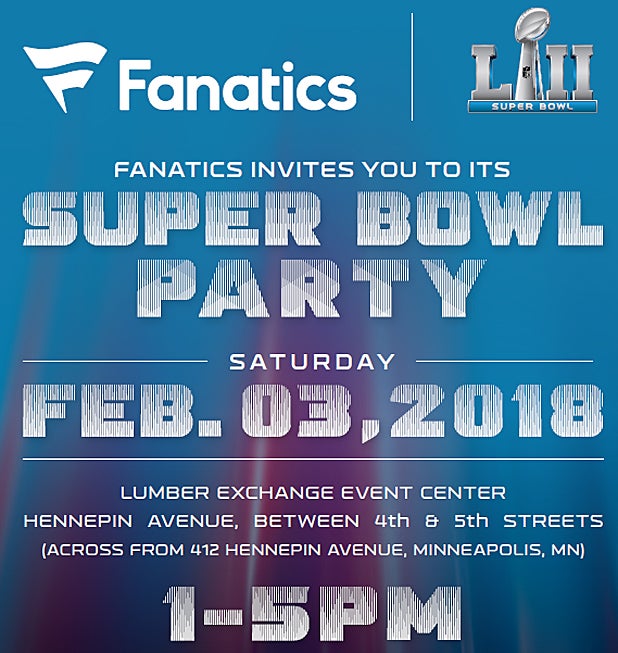 Playboy’s Big Game Party
Saturday, Feb. 3
For the first Super Bowl since founder Hugh Hefner’s death, Playboy is joining forces with Talent Resources Sports for their annual Big Game Weekend Party. This year’s festivities will be hosted by the man himself,  DJ Snoopadelic, a.k.a. Snoop Dogg.

“Nobody throws a party like Playboy on what is going to be one of the biggest party weekends of the year,” David Spencer, Founder and Co-CEO of Talent Resources Sports, said in a statement to TheWrap. “This event is a kick off to a slate of additional events we’re looking to announce with Playboy this year.” 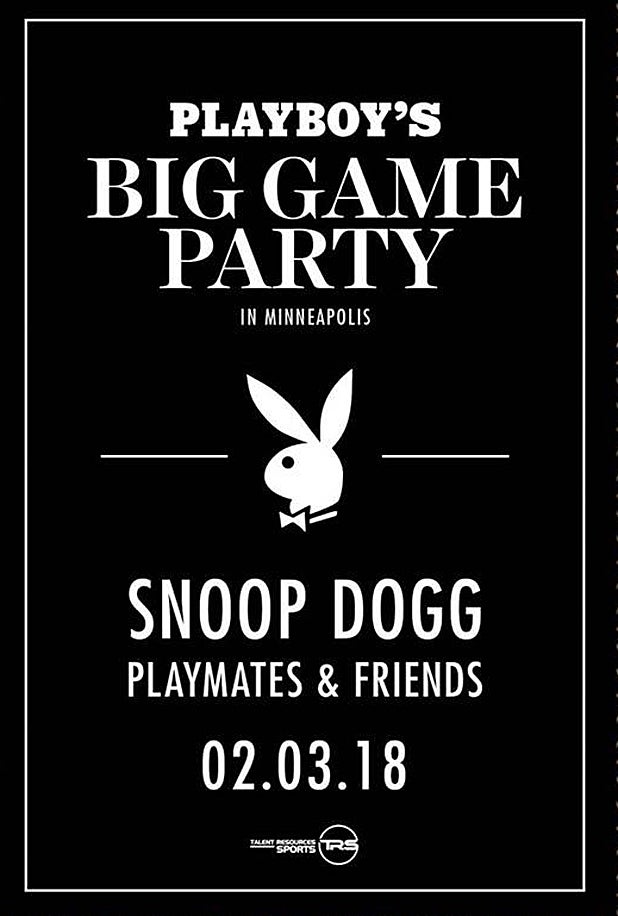 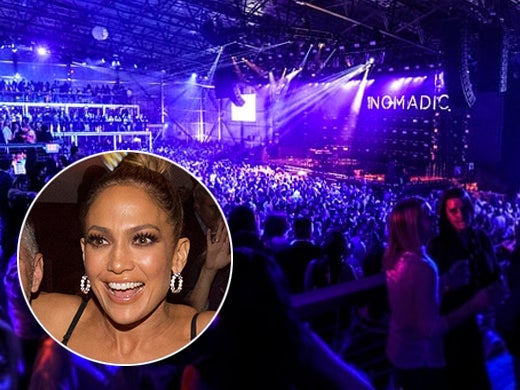 Will we see “Jenny from the Block” storm the stage at Super Bowl LIII next year in Atlanta? DirecTV’s annual “Super Bowl Eve” megabash is a crystal ball. As the second-biggest stage of the weekend aspiring (and former) half time headliners make a habit of giving a private crowd of industry and celebrity tastemakers a massive private party performance.

Justin Timberlake held this post in New Orleans in 2013, the night before Beyonce’s taxing production (maybe) blacked out the Superdome. One year later, Beyonce went from the big game to the big apple, headlining DirecTV’s concert in New York with a special appearance by Jay Z. Three years before the “left shark” went viral during halftime, Katy Perry racked up DirecTV’s 2012 outing in Indianapolis. Anthony Kiedis, Flea, and the Red Hot Chili Peppers guested during Bruno Mars’ first halftime performance in New York, two years before they headlined for DirecTV at the San Francisco Super Bowl in 2016. The list goes on.

A huddle of social media stars including David Dobrik, Chachi Gonzales, Scotty Sire, Toddy Smith, and Waffsicle have been creating video collaborations with Lopez to promote the event. Those six and more will get “On the Floor” at the Armory on Feb. 3. 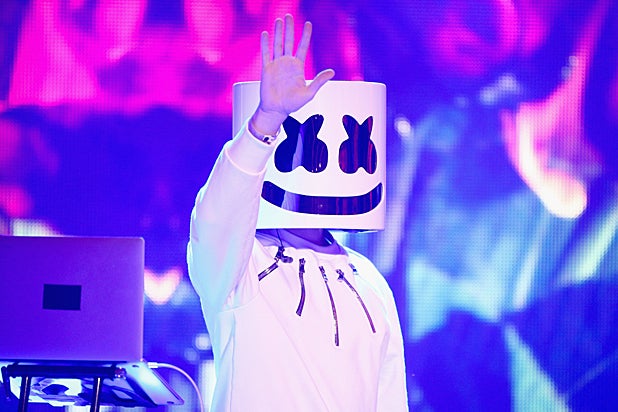 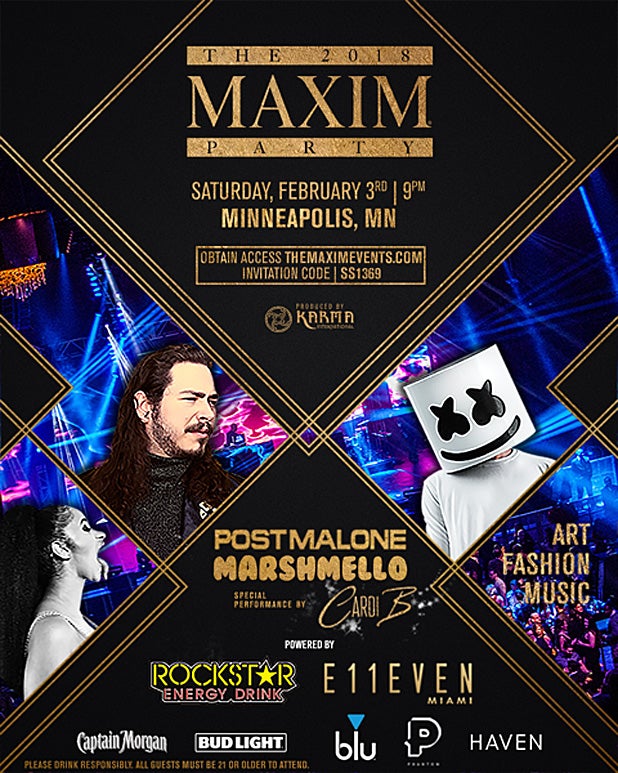 VIP guests at last year’s Maxim Super Bowl party in Houston included Joe Jonas and Fergie, while Justin Bieber was one of the stars spotted at the San Francisco bash in 2016.

“The pre-party at the Field House for fans is where everyone gets their StubHub tickets before the game, so that party really sets the tone of the day,” Menounos told TheWrap. “I am the honoree quarterback, and I am pretty much an expert on how to have the best time ever at a Super Bowl.”

Get a peak at Menounos’ playbook in the video below.

NFL on Location Pre-Game Concert
Sunday, Feb. 3
U.S. Bank Stadium
While Justin Timberlake will be playing the halftime show, it’s Kelly Clarkson who is the star of the exclusive “NFL on Location” concert at 52 Live at The Armory just hours before kickoff of Super Bowl LII. The “American Idol” alum will be joined by Dante on the decks (Patriots’ star Rob Gronkowski’s favorite DJ), and celebrity chef Andrew Zimmern. 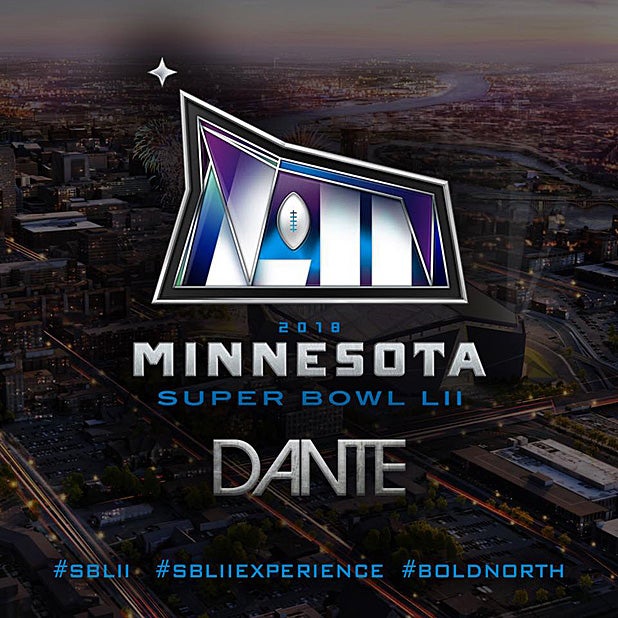 Fresh off the mountains of Park City where the hospitality heavyweight kept Idris Elba, Post Malone, will.i.am, Emma Roberts and the Sundance it-crowd dancing in a private pop-up until 4 a.m. on a Monday morning, the team behind TAO, Marquee, Lavo, and Avenue sets its sights on an even colder patch to colonize.

With various partners, including Element Electronics, they have a four night lineup spanning 47,000 square feet ready to drain your viking soul. Unlike Sundance, and some of their regular nights around the country, these are not all VIP-only. Some tickets are available to the public, but you don’t want those. “Tables,” or it didn’t happen. Throw your hat in the ring for a reservation here. 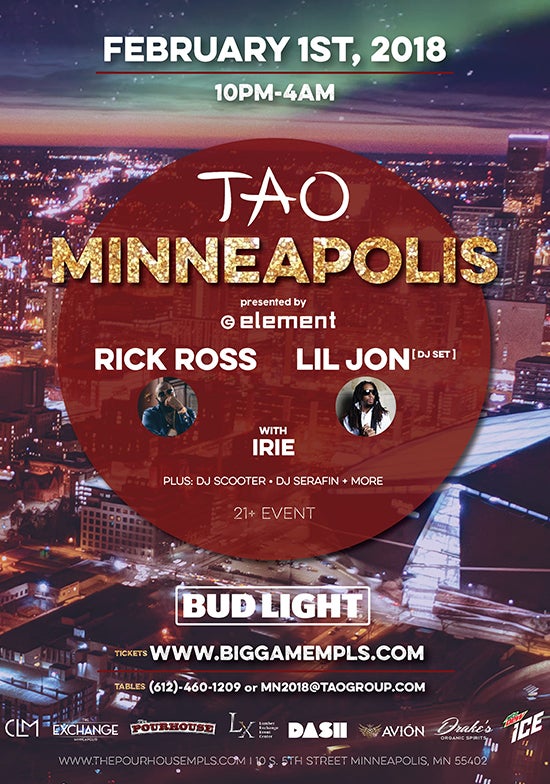 They’ll be displaying large-scale mystery boxes with countdown clocks on the outside, as it counts to zero each day the box will open, unveiling a special guest who will either host a variety of fan activities or perform an impromptu concert. Oh, and there’ll be lots of giveaways — from Super Bowl and Olympics merchandise to tickets.

If you’re in Minneapolis, look out for the Super Bowl Live/Best Feb Ever Bus outside the Minneapolis Convention Center. If you can’t make it, you can still win big by visiting BestFebEver.com, where the countdown will be livestreamed each day. 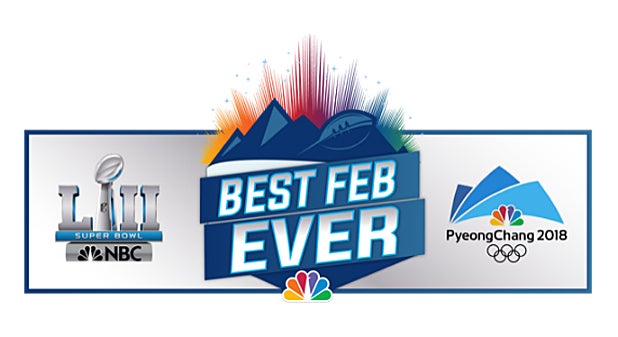 Pepsi Generations Live Pop-Up Experience
6 p.m
Nicollet Island Pavilion in Minneapolis
The Pepsi Generations campaign is set to launch during Super Bowl LII, and in celebration of that the soft drink company is hosting a live pop-up event to help fans relive some of its most meaningful moments during the NFL’s biggest weekend.

Kicking off the night with the 2018 NFL Rookie of the Year presentation, fans will witness a special performance by CMT nominees LOCASH with and other celebrity guests. Attendees can relive some of the most iconic Pepsi campaigns, from Ray Charles to the famous Halfway Café.

Barstool Sports Party at Tao
Beware of the stoolies. 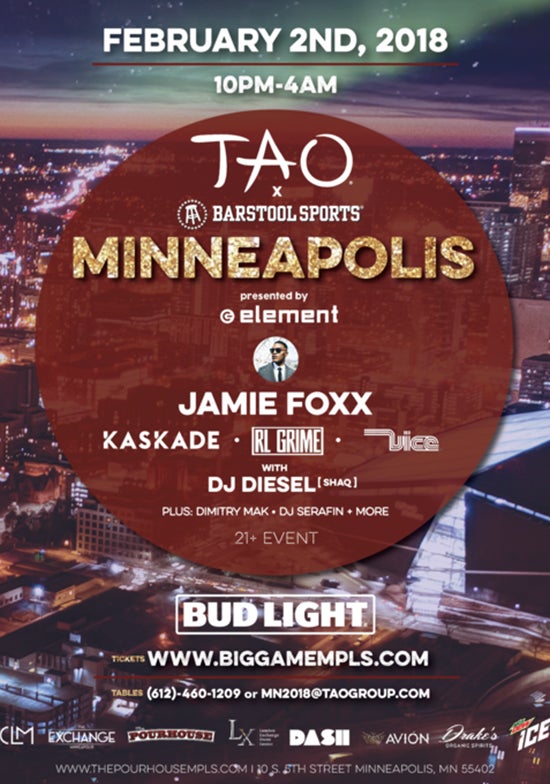 Barstool Sports joins in the fun. As a special, you can catch Kaskade. In Las Vegas, Kaskade is exclusive to rival Hakkasan group’s properties making this a rare appearance with Noah Tepperberg and Jason Strauss. Pro tip: When Shaquille O’Neal gets on the turntables, that’s the best time to go wait in the bathroom line. Come back when Jamie Foxx gets on the mic. 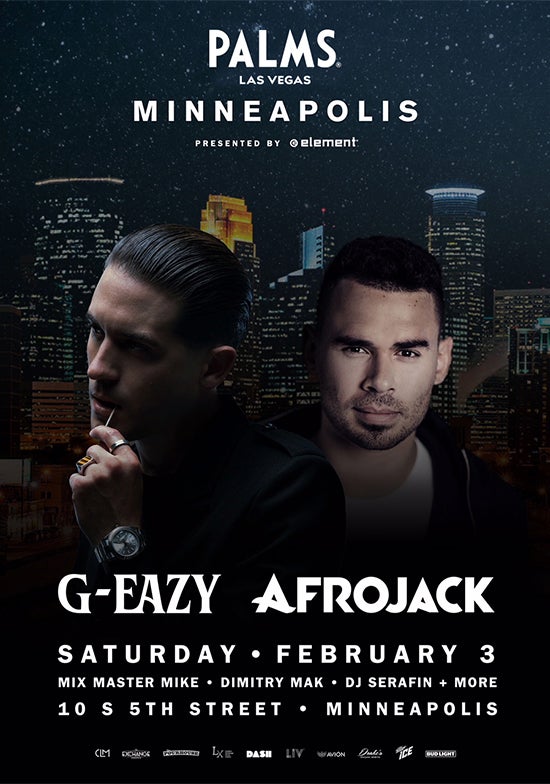 G-Eazy knows how to party. Matched with Afrojack, this will be combustible. Before the Palms in Vegas gets a $485 million facelift to recapture some of it’s early 2000’s heat, the casino co-hosts this Super Bowl eve event while the traveling feast of nightlife culture is in town. 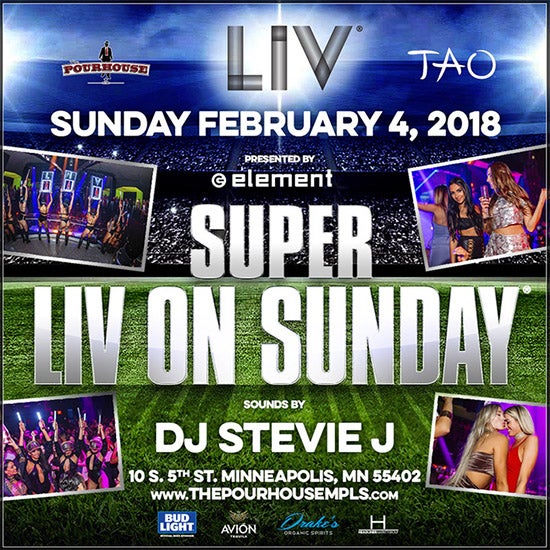 Dave Grutman and crew’s famous hip hop playground – where fresh NBA champs go instead of Disney World, rap beefs get hashed out, and Lil Wayne’s second home since 2009 – imports its own Stevie J from South Beach to the frozen north. After the big game, expect to see a few players in here, making this the big party weekend’s dessert.